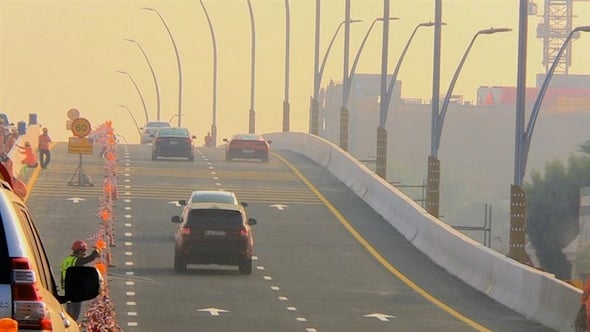 The Reviver Auto Accessories trading company is the regional office of the American Reviver Auto company, a statement said.

The technology scraps the theft of plates and vehicles. It is also connected with the paid parking system and toll gates, the statement.

“These smart plates will be gradually introduced in Dubai on a trial base, and the technology is set to revolutionise the concept of transportation technology, control and safety,” said Abdullah Yousef Al Ali, CEO, Licensing Agency at RTA.

“It displays notifications and messages on the plate in case of an emergency or accident to slow down or change the route. It enables the display of traffic congestions on the dashboard of monitoring agencies and control rooms, thus eliminating the need for using cameras. The smart plate can connect with networks of different broadcasters,” he added.

Patrick Allainguillaume, general manager & senior vice president, EMEA at Reviver said, “The step renders Dubai the first city in the world to implement the digital transformation of the entire vehicle licensing process and sets the base for a digitally connected vehicles platform.”

RTA has been on a technology drive in recent years. Earlier in October , it unveiled the ‘virtual Nol card’ initiative allowing users to pay for their services directly through their phones.