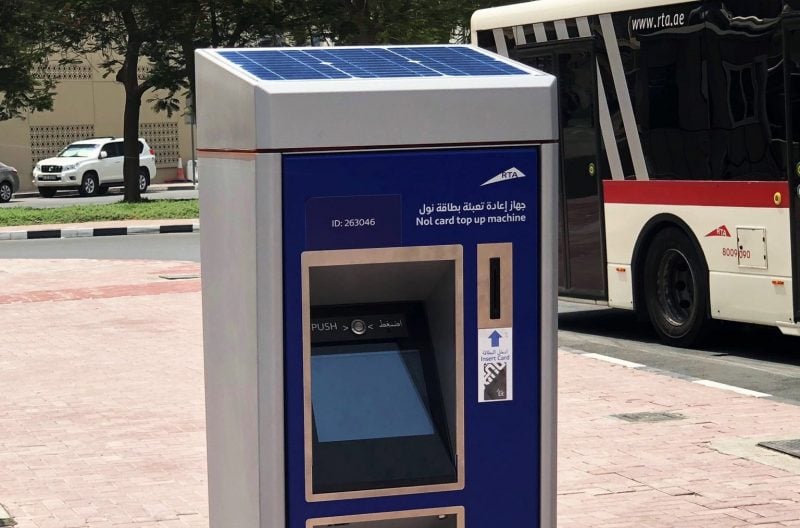 Dubai’s Roads and Transport Authority (RTA) has installed 100 Nol top-up machines powered by solar energy in several parts of the emirate, it announced on Sunday.

The move increases the number of solar-powered nol card recharging machines from 78 to 178 machines, a statement said.

The new machines have been installed at bus stations and busy areas such as Al Qusais, International City, Mall of the Emirates and Sahara Centre.

Over one million people used nol card recharging machines during the first half of this year, said Khalid Al Awadi, director of Transportation Systems at RTA’s Public Transport Agency.

“The installation of 100 solar-powered nol card recharging machines across Dubai is part of RTA’s strategy to provide alternative renewable energy sources,” he said.

“The installation of these systems will shorten the time taken in nol card top-ups. Moreover, customers can use their credit cards to top-up nol cards online through RTA’s website and activate the credit through the existing machines.”

He added: “Nol card has become one of the digital tools for achieving RTA’s transformation strategy.”