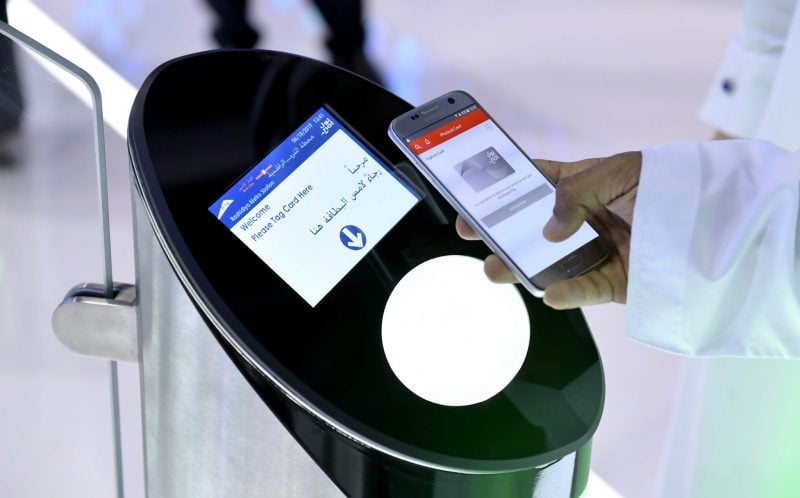 Dubai’s Roads and Transport Authority (RTA) has unveiled the ‘virtual Nol card’ initiative which will allow users to pay for their services directly through their phones.

The Nol card – which is used to pay for public transport services including the Dubai Metro, bus and parking services – will soon be available in a virtual form, the RTA announced at the ongoing Gitex exhibition.

Mohammed Al Khayat, director of Automated Fare Collection at RTA, said the virtual Nol card can be bought and saved in users mobile phones where they can top-up the card directly from their credit cards.

“The NFC feature has to be enabled in smartphones of users such that they can use the virtual Nol card in paying fares for metro, bus, tram and marine transport services,” he explained.

RTA has unveiled the ‘virtual nol card’ initiative at GITEX 2019 (6-10 October) at the Dubai World Trade Centre. It is part of a new package of solutions and applications in support of nol card uses pic.twitter.com/uOLsES3doI

The service is expected to be rolled out in the third quarter of 2020.

“Later on, all the existing Nol card functions will be added to the virtual card. Offering this initiative couldn’t have come at a better time as Dubai is heading towards the hosting of a big event, Expo 2020,” said Al Khayat.

“Virtual Nol is part of digital Nol strategy 2018-2022 aimed at achieving the smart transformation of payment means and using advanced technologies in transit services,” he added.

Along with paying for public transport, Nol cards can also be used to pay the entry fees of parks and Etihad Museum, purchases at selected retail outlets, and refueling at EPPCO and ENOC stations.