The Dubai Police has added the Aston Martin Vantage to its fleet of luxury supercars.

The new vehicle bearing the number plate “77”, the number 7 being a reference to the seven emirates of the UAE, will be showcased alongside its other luxury cars at the upcoming Expo 2020 Dubai.

The Vantage is fitted with a 4-litre twin-turbo V8 engine combined with an eight-speed ZF transmission. It is capable of 685Nm of torque and can reach a maximum speed of 314kph, as well as sprint from 0-100kph in 3.5 seconds flat.

“It is an honour to have an Aston Martin join Dubai Police’s fleet of supercars and the Vantage is the perfect model to make such a statement. We are grateful to the team at Dubai Police, and especially Lieutenant General Abdullah Khalifa Al Marri, commander-in-chief, for bringing this partnership to life,” said Ramzi Atat, head of marketing and communications MENA, Aston Martin. 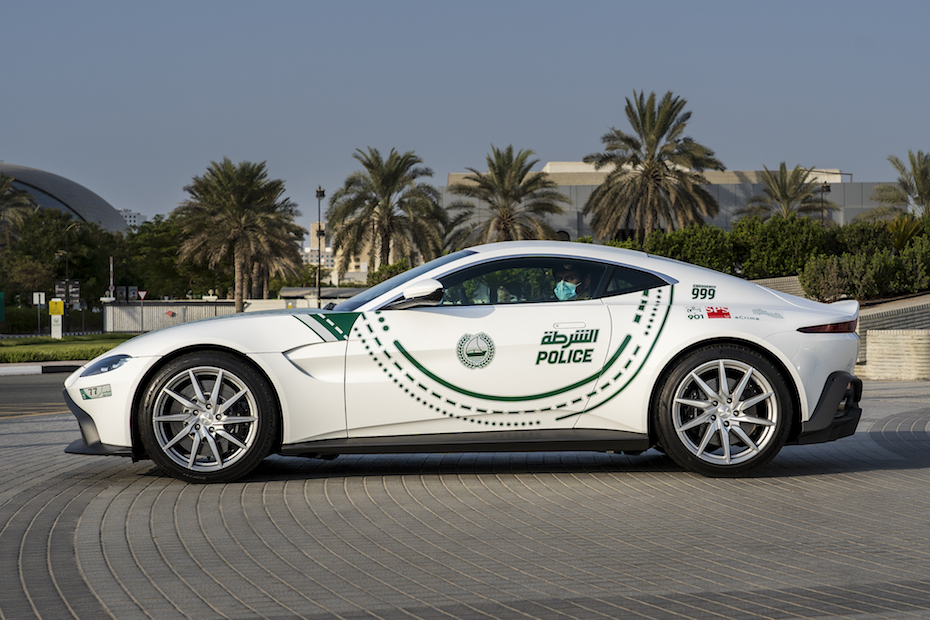 Since 2013, the Dubai Police has been growing its fleet of supercars starting with a Lamborghini Aventador and a Ferrari FF. Subsequently, it included a Mercedes-Benz SLS AMG, a Bentley Continental GT, an Audi R8, a Mercedes G class Brabus, a Nissan GTR and a Mercedes SL 63.

In 2019, 4.7-litre Maserati GranTurismo was received by the security force from Al Tayer Motors.