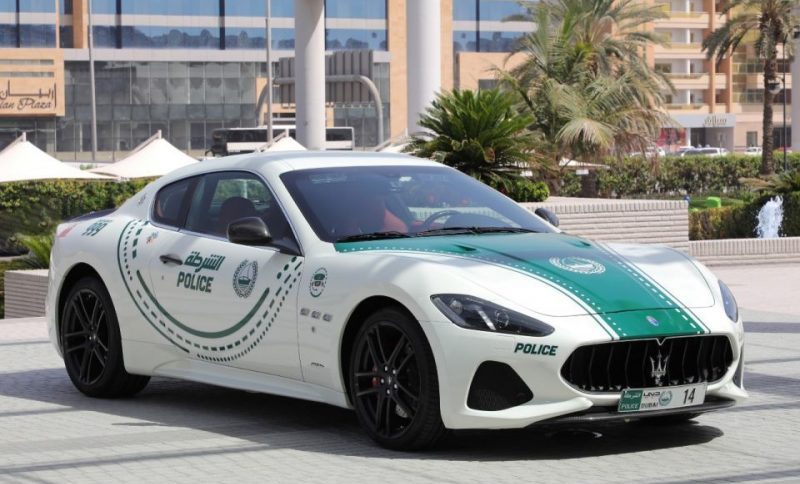 A Maserati GranTurismo has become the latest car to join the Dubai Police’s fleet of luxury patrol cars, it was announced on Tuesday.

The coupe, which has a 4.7-litre, 460-HP four-cylinder V8 engine and can reach speeds of up to 187mph, was received from Al Tayer Motors.

The new supercar increases the number of luxury patrol vehicles in the Dubai Police fleet to 15, a statement said. That includes a McLaren MP4-12C, a Bugatti Veyron and the extremely rare Aston Martin One-77.

The Dubai Police has been ramping up its supercars fleet since the start of 2013 starting with a Lamborghini Aventador and a Ferrari FF.