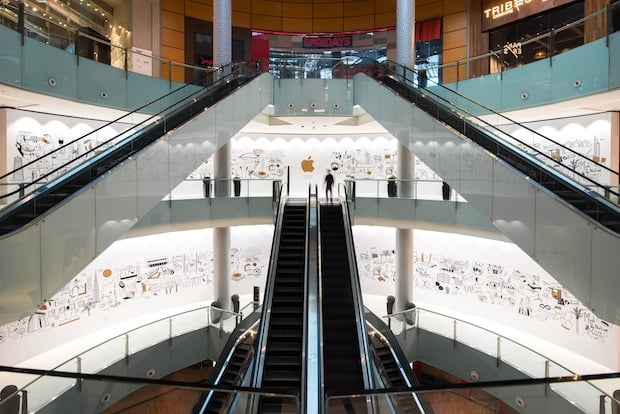 The new Apple store in Dubai Mall will be opened at 4pm on Thursday, April 27, the company has confirmed.

The launch of the new store was announced earlier this month by Apple, with the unveiling of a special barricade surrounding the two-level storefront. 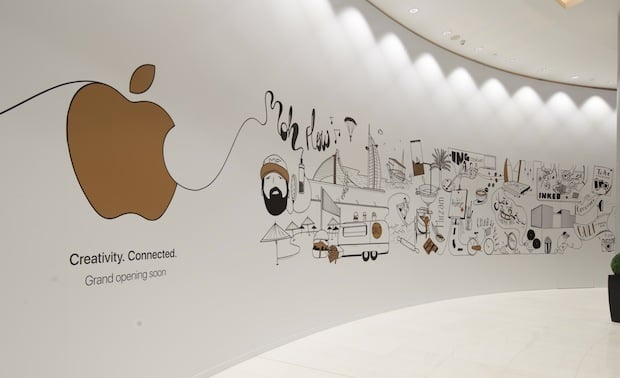 The new store will Apple’s second in Dubai, following the opening of the first store at Mall of the Emirates in 2015.

Apple also has a standalone store in Abu Dhabi’s Yas Mall – which was opened simultaneously with the MOE store in 2015.

According to Nabila Popal, senior research manager, Middle East, Africa and Turkey at IDC, the new store will help the brand reach out to more customers.

“I think having a signature store in the Dubai Mall – which is not only Dubai’s largest mall, but the region’s most popular mall attracting tourists from all over the GCC– will definitely have a good impact on Apple’s already upscale brand image with the consumer,” she told Gulf Business during the launch announcement.

“It will allow its existing consumers to enjoy Apple’s unique in-store experience and also be directly in touch with the Apple’s products and services.

“It will also allow many other potential consumers who have yet to be converted to Apple from other competitive Android based brands, to experience the same, and perhaps finally make that conversion,” she added.