Apple is all set to unveil its first stores in the United Arab Emirates – and the wider Middle East – on Thursday, October 29.

The two stores – one in Dubai’s Mall of the Emirates and the other in Abu Dhabi’s Yas Mall – will feature 150 Apple products including the latest iPhones and the Apple Watch, officials confirmed. 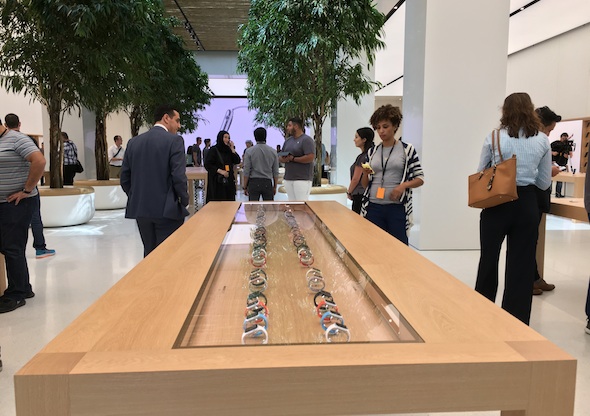 In a media preview in Dubai on Tuesday, Apple’s head of retail for Europe and the Middle East Wendy Beckman told journalists that the two stores have a combined staff of 150 people from 30 nationalities, speaking 40 different languages. 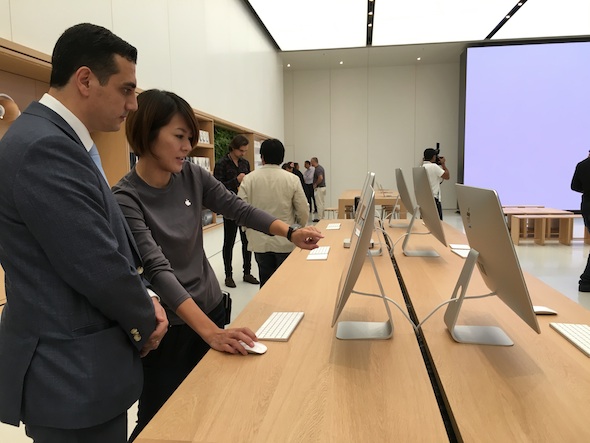 The staff have been trained in Europe and the United States and many of them have been Apple employees for several years, she said.

No details were revealed about the size of the stores or the investment involved. (Story continues after video)

Beckman confirmed that the new openings would bring the total number of Apple stores worldwide to 466 across 17 countries. 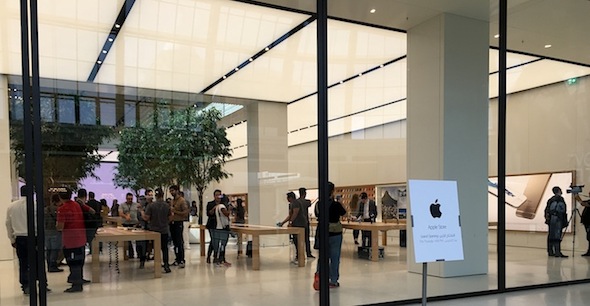 The opening of the UAE outlets also marks the first time that Apple is unveiling two new stores in a country on the same day – following the first and second store in the US, she said.

The Dubai store, located on the second floor of Mall of the Emirates and adjacent to major fashion brands, also features a room at the back to host business events and workshops. Beckman also confirmed that Apple will hold ladies-only workshops. 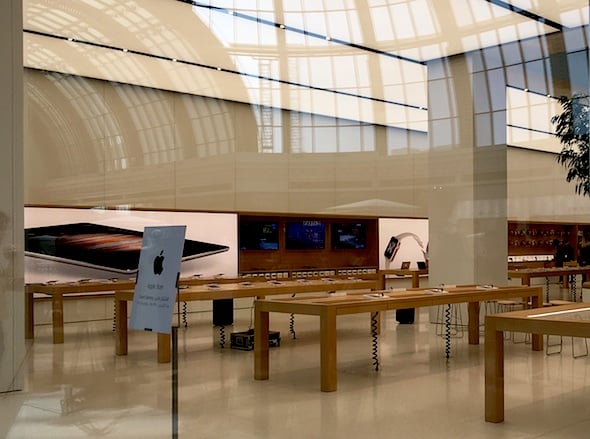 Apple has been aggressively expanding its presence in the UAE market in the last year, with big billboard advertisements and early launches of its devices. 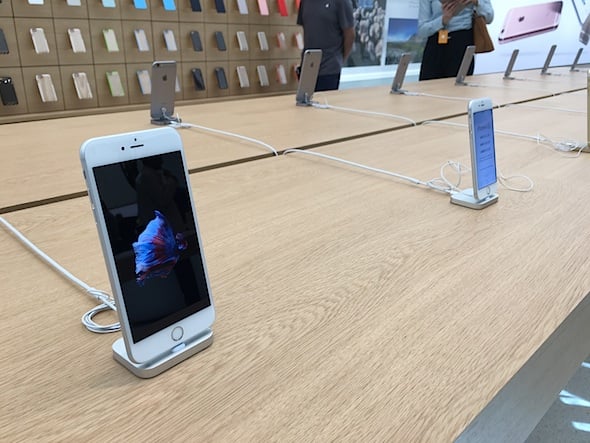 According to the latest report from the UAE’s Telecoms Regulatory Authority, Apple has been increasing its market share in the country to reach 14.2 per cent as of Q2 2015.

The report also found that the iPhone 6 is now the most commonly used smartphone in the UAE, comprising 4.9 per cent of total handsets. It was followed by the iPhone 5s, with 3.5 per cent of the market share.