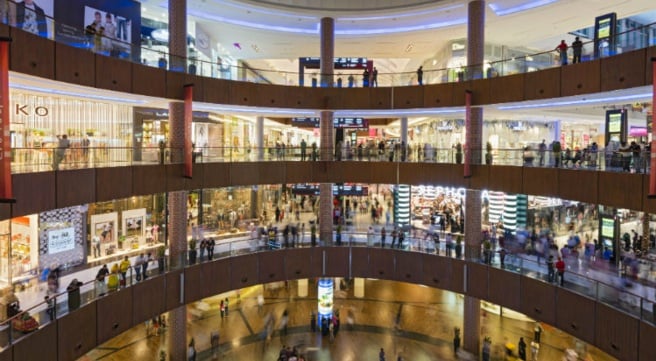 The announcement comes after Dubai was recently ranked the most important global shopping destination in an annual report by CBRE due to the number of international retailers with a presence there.

“We believe it is the right time to launch this initiative, given the rapid expansion of the market and Dubai’s growing appeal as a global retail destination.”

Occupancy rates in Dubai’s prime malls have been running as high as 98 per cent but there are concerns the market is facing an oversupply situation.

CBRE said around 1.5 million square metres of new retail space could be delivered in Dubai over the next five years, adding roughly 50 per cent to the current inventory.

At the same time stores are facing a more challenging sales environment linked to the slump in the oil price in recent years, the introduction of a 5 per cent value added tax on January 1 and disruption from online shopping players.

Annual consumer price inflation jumped to 4.8 per cent in January, the highest since 2015, but dropped back to 3.4 per cent in March

Dubai’s Real Estate Regulatory Authority already published an index for the residential property sector once a year to prevent landlords from increasing rents above certain levels and inform the market of average prices.

The retail index was proposed by an industry lobby group set up by DCCI due to the complexity of agreements between tenants and landlords.

More broadly, Dubai government entities have been asked to propose a series of reforms to kick-start the economy.

Among them, Dubai Land Department wants to develop an new mortgage and finance law to revitalise the real estate sector after two years of slumping prices