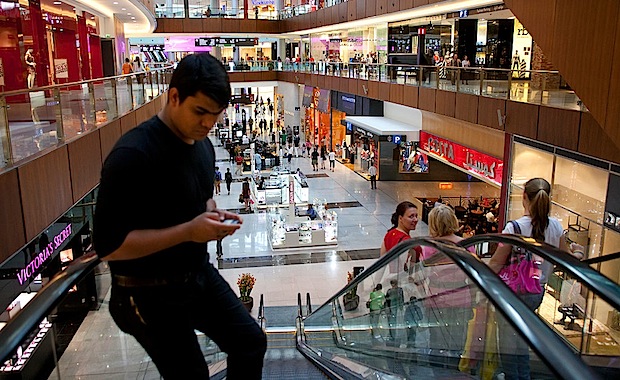 Dubai has overtaken London to become the most important international shopping destination globally, according to a new report by CBRE.

The company’s 2018 retail study found that the city had moved up one place to the top of its ranking with 62 per cent of 334 global retailers present there.

This came after Dubai welcomed 59 new retail brands last year, of which more than 40 per cent were from Europe and 50 per cent from the coffee and restaurant category.

Hong Kong welcomed 86 new brands followed by Taipei with 52, London with 49 and Tokyo with 46.

“Dubai remains the most attractive market in the region for retailers, with many using the emirate as a ‘launch pad’ for regional expansion,” said Nick Maclean, managing director of CBRE Middle East and Turkey Region.

“Advancements in retail technology and e-commerce have, however, forced retailers to rethink their strategies. Several retailers are changing their approach in the market with a focus on opening digital platforms and increasing operational efficiencies.”

Around 1.5 million square metres of new retail space could be delivered in Dubai over the next five years, adding roughly 50 per cent to existing inventory, CBRE said.

Across the UAE this amounts to roughly 70 per cent of new retail supply.

Maclean argued this new space, along with the growth of online shopping and segments like food and beverage, would mean “the value of ‘bricks and mortar’ outlets and the contractual relationship between landlords and tenants is set to change substantially going forward”.

Read: How GCC stores can respond to the changing face of retail