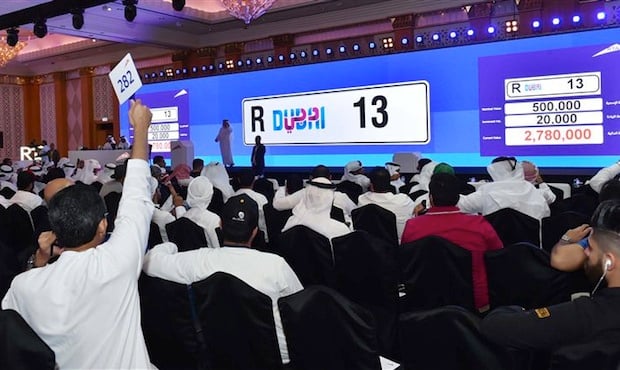 Dubai’s Roads and Transport Authority (RTA) has raised Dhs27.75m by selling 80 car number plates at an auction on Saturday. 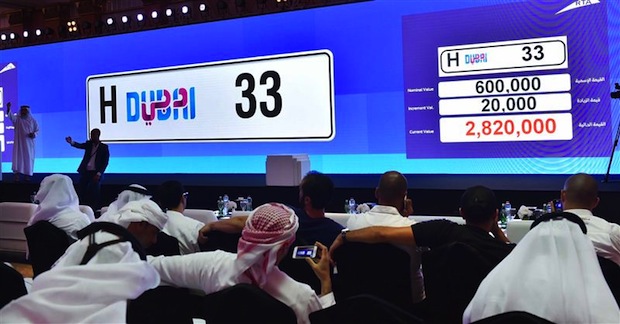 The auction saw “fierce competition between bidders hailing from the all community segments”, a statement said.

“The number auctions organised by the RTA are characterised by transparency and enthusiasm. They measure up to the aspirations of customers who seek exclusivity in this regard. Such auctions suffice the needs and aspirations of number plate enthusiasts,” he added.

In October last year, a Dubai-based Indian businessman bought the D5 number plate for Dhs33m in what was described as the biggest auction in the Roads and Transport Authority’s history.

However, in November, an Emirati businessman who bought the car plate Number 1 for Dhs31m at an auction in Abu Dhabi was charged with fraud after his cheque bounced.

The Abu Dhabi Public Prosecution charged the man with fraud and sentenced him to seven days in custody.