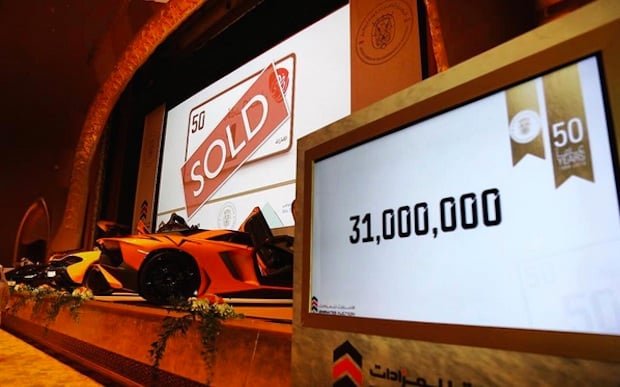 The Emirati businessman who was accused of fraud after issuing a dud Dhs31m cheque to buy Abu Dhabi car number plate 1, is currently facing trial.

The case is being heard at the Abu Dhabi Misdemeanors Court, local daily Gulf News reported.

The defendant reportedly admitted that he did not have sufficient funds in his account when he issued the cheque.

“I participated in the auction organised by the General Headquarters of Abu Dhabi Police and Emirates Auction in November last year and issued a bad cheque, while knowing beforehand that I did not have the necessary funds,” he said.

“I was planning on selling the plate number 1 for a large sum of cash, amounting to more than Dhs31m and then pay back the money,” the report quoted him as saying.

The accused bought the limited edition Abu Dhabi Number 1 car licence plate at a special auction held in the UAE capital on November 19. He told local reporters at the time that he bought it in honour of the country’s rulers.

He was charged with fraud and sentenced him to seven days in custody after his cheque bounced in November-end.