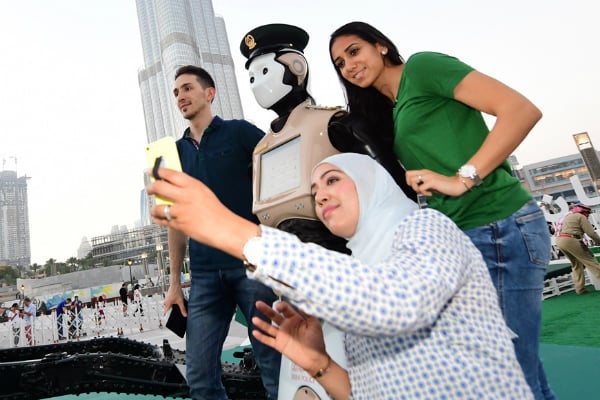 Dubai’s police force is preparing for a future where police officers will no longer be needed to patrol the streets through a project under the government’s 10X initiative.

The ‘police without policemen’ project will see the authority deploy advanced technologies through three ‘activations’ including a network of cameras on fences and near homes linked with artificial intelligence and crowd sourcing systems previously announced in January.

Dubai Police said it would also launch a surveillance blimp as an airborne early warning system to oversee open spaces and projects under construction and replace traditional police stations with rapid response teams to handle emergencies.

Through the ‘police without policemen’ project the authority aims to improve operational efficiency via new technologies.

“With these projects we are bringing to reality the concept of no policemen policing and ensuring that we achieve the highest levels of security and safety for our people without the need for policemen being present on-ground 24/7,” he said.

“Through these projects, we aim to strengthen our partnership with the members of the community to strengthen safety and security standards, and respond promptly to any challenges, and ensure the happiness of our citizens and residents.” 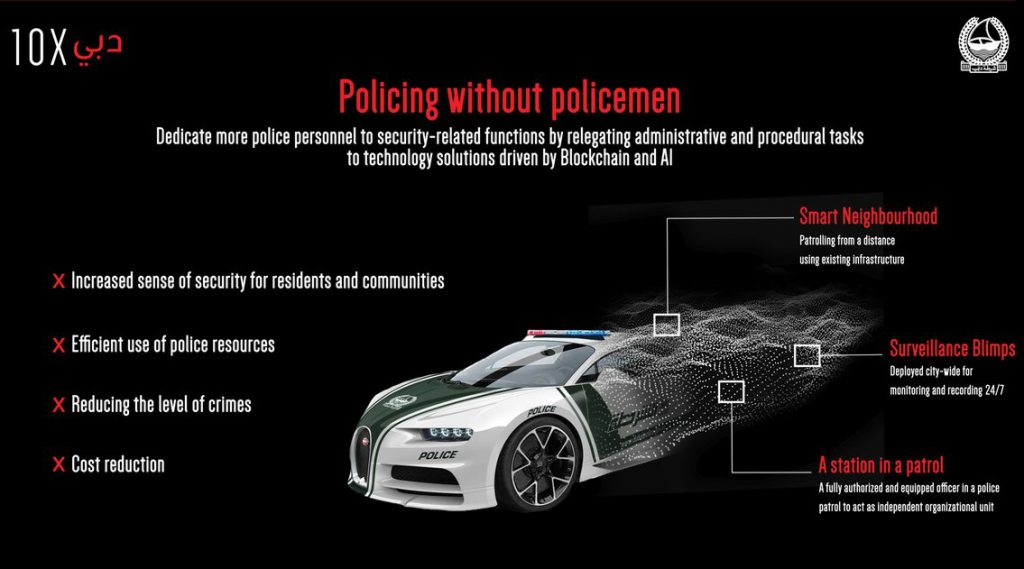 Dubai Police believes the project will enhance the sense of security in the community and reduce crime levels, while also improving its ability to respond to future challenges.

It is working with Dubai Silicon Oasis Authority, developers and private sector companies to supply, install and operate the project within two years.

The emirate’s police force is no stranger to new technologies having unveiled plans for robot officers, hover bikes and smart police stations without staff over the last year alone.

The Dubai 10X initiative aims to position all of the emirate’s government entities 10 years ahead of their global counterparts by deploying new technologies.

A total of 26 other projects presented by 24 government departments have been approved for the initiative.