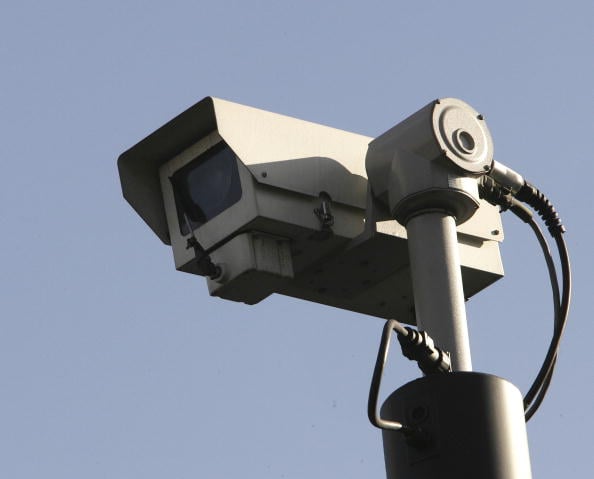 Dubai Police has announced the launch of an artificial intelligence surveillance programme designed to prevent crime and reduce traffic accidents.

The Oyoon (Eyes) project comes with support fron governmental, semi-governmental and private sector organisations and will “provide a safer living experience” for citizens, residents and visitors, according to the announcement.

It will include the fitting of tens of thousands of cameras with facial recognition software and microphones, which will be used to track and analyse movements in key areas and issue verbal warnings to those suspected of wrongdoing.

Among the use cases mentioned by officials is to tell would be thieves that they are be watched by police if they are suspected of trying to steal.

Road cameras with plate readers will also be used to record and punish reckless driving.

Assistant commandant for criminal investigations at Dubai Police, major general Ibrahim Khalil Ibrahim Al Mansouri, said the project would support the police force’s decision-making process, ensure the protection of vital areas and roads and optimise the use of human resources by requiring less human intervention for functions like monitoring, analysis and surveillance.

The programme is designed to “prevent crime, reduce traffic accident related deaths, prevent any negative incidents in residential, commercial and vital areas and to be able to respond immediately to incidents even before they get reported to the command unit”.

In December 2016, UAE-based cyber security firm Darkmatter’s Pegasus unit signed a memorandum of understanding with Dubai Police to formalise a partnership for a big data analytics solution to help solve and prevent crime.

Oyoon appears to be an extension of this and will be overseen by a committee with representation from the State Security Agency, the Telecommunications Regulatory Authority (TRA) , Dubai Municipality, Dubai Electricity and Water Authority (DEWA), Roads and Transport Authority (RTA), Mohammed Bin Rashid Space Centre (MBRSC), Dubai Smart Office.

The committee will set standards on the installation and use of all CCTV cameras across the emirate and conduct field studies in different jurisdiction areas. Cameras will be installed in most major areas of Dubai as the project is implemented in 2018 and 2019.

“Oyoon will be of great benefit to the emirate of Dubai in terms of enhancing the security aspect of the community; providing very important data and thus improving the level of services at the emirate level and enhancing its efficiency,” said Dubai Smart Government executive director Wissam Lootah.

The new programme expands upon Dubai Police’s technology focus after announcing plans for robot officers and smart stations over the last year.