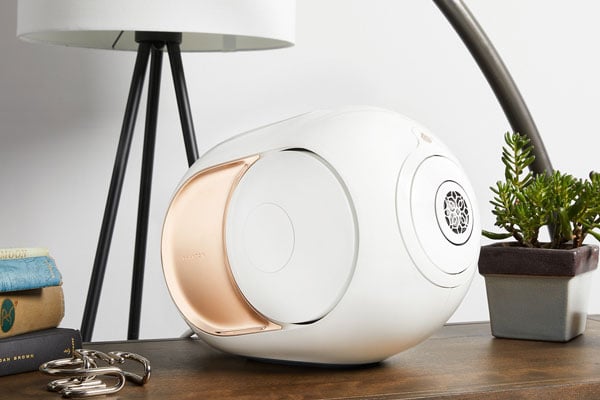 Devialet is an iconoclast. How else could you explain a Paris-headquartered audio company, a little over a decade into its existence, producing Bluetooth speakers with a sound quality that can rival (and arguably eclipse) $40,000 competitors?

Devialet isn’t peddling mere rhetoric when it says that it’s built one of the best speakers in the world. It’s a demonstrable fact with the flagship Gold Phantom model that has a sound range spanning 14Hz at the bass end to 27kHz at the treble extreme – well beyond the capacity of the human ear. But saying that Devialet is constructing audio systems limited by human capacity is really missing the point.

The 4500W speaker can produce 108db, the level of sound you’ll hear if you’re standing on the runway around 300m away from a jet taking off. It’s a potent combination of statistics that no other speaker in the world can match today. Period.

Crank up the bass and there’s plenty of visual entertainment with those side-firing woofers, which anthropomorphise the speaker. You can also get two or more speakers and hook them up via an app, which also delivers device updates.

To understand how revolutionary this speaker is, realise that there are 102 patents riding on it. The single most important one and really the raison d’etre of Devialet’s existence is the proprietary Analog Digital Hybrid amplification (ADH) technology.

ADH is the company’s secret sauce, delivering clear audio at loud volume without any distortion. It was developed by Pierre-Emmanuel Calmel back in 2004 before Devialet even came into existence. Calmel, who is head of engineering at Devialet, teamed up with entrepreneur Quentin Sannie and product design engineer Emmanuel Nardin to establish Devialet in 2007. The technology came first, the device followed.

Devialet built its first device, an amp called D-Premier, in 2010 but needed financial investments to scale the company. Some of that early backing came from the billionaire chairman of LVMH and the fourth richest man in the world Bernard Arnault. 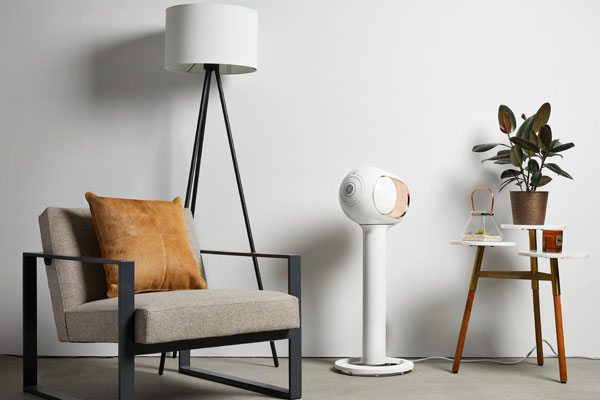 By 2015, Devialet debuted their Phantom speaker and the pictured gold version was launched the following year. For the record, that’s actual 22-carat gold you see in the design. The device was a hit and sold at locations like Harrods in London and Apple stores worldwide, as well as Devialet’s growing network of own-brand outlets.

The football-sized Phantom was proof that Devialet was setting itself up for a bright future. By the time it went seeking another round of funding in 2016, it caught the attention of media mogul Jay-Z and tech venture capitalist and Android co-founder Andy Rubin, among others. They funnelled more than $100m Devialet’s way and Rubin was such a huge fan that he bought 160 Phantom speakers.

The question is where does the company go from here, what’s next and what is it doing with the pile of cash it’s sitting on? In an interview with Business Insider last year, Sannie said: “Our goal is to put our technology everywhere. The audio market is about 100 million units a year. But the whole sound market, including devices such as TVs, laptops, smartphones and cars is about 3 billion units a year.”

Devialet’s grand plan then is to position itself as an audio tech company rather than a narrow-focused audio device manufacturer. It’s already embedded its technology in Sky Soundbox devices and has collaborated with Renault to develop speakers for its cars. Next, it could well collaborate with high-volume smartphone and laptop makers too.

Turns out the Devialet Gold Phantom speaker might be the finest sleight of hand from a company that’s deliberately keeping you distracted while it becomes a powerhouse in the sound business.

Available at Dubai Audio for Dhs10,800