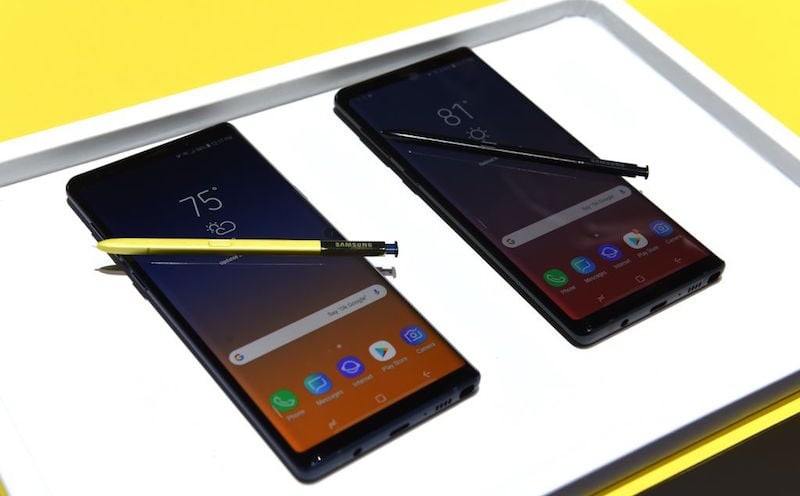 Samsung has launched its new Galaxy Note9 in the UAE, with a new S Pen and improved battery and camera features.

The device, featuring a 6.4-inch quad HD Super AMOLED screen – the largest edge-to-edge display on a Note – is dust and water resistant, and comes in 128GB and 512GB options.

The Note9 includes a 12MP rear camera with noise reduction technology and a dual aperture lens, which adjusts to light. The phone also comes with ‘flaw detection’ – and will alert the user if the image is blurry, the subject blinked, there is a smudge on the lens, or there’s too much backlight.

The bluetooth-enabled S Pen can take also images and pause and play video.

The Note9 will be available in the UAE from August 30 across all major retailers and Samsung brand stores in midnight black and lavender purple with matching S Pen, and in ocean blue with a pearl yellow S Pen.

• One complimentary single annual pass to Legoland theme park in Dubai Parks and Resorts
• 20 per cent off at participating Marriott restaurants and spas across the Middle East and Africa
• A three-month subscription to WAVO by OSN
• Offers from over 28 international fashion, footwear and lifestyle brands from Apparel Group
• Up to 30 per cent off on flights, hotels and UAE activities with Cleartrip
• Access to 2-for-1 deals from the Galaxy Entertainer