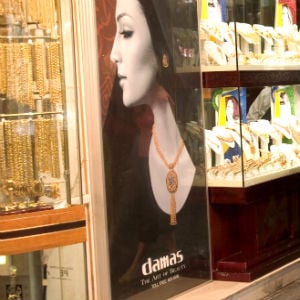 UAE jeweller Damas International has appointed Japan’s Nomura to advise it on a potential offer from Qatari conglomerate Mannai Corp, three sources familiar with the matter said on Wednesday.

Mannai, whose operations span the oil and gas, automotive, travel and logistics sectors, last month said it had secured commitments from shareholders, including the key Abdullah brothers, to buy 58.8 per cent of Damas at 45 US cents a share.

At that price, an offer would value Damas at around $445 million, according to Reuters data. The stock, trading at 36 cents on Wednesday, has surged since the news of deal talk on January 4, gaining 63 per cent year-to-date.
Mannai has until April 30 to make an offer to all the shareholders.

The Abdullah brothers have been sidelined from the jeweller they helped found and which has been forced to restructure $872 million in debt. A 2010 inquiry found that the brothers owed the jeweller $167.2 million, including $70 million worth of gold.

The sources said on Wednesday the brothers were being advised by PricewaterhouseCoopers, while Doha-based Mannai is being advised on financial due diligence by consultant KPMG while Clifford Chance is handling legal issues.

The sources declined to be identified as the matter has not been made public yet. Damas CEO Anan Fakhreddin and Mannai officials declined to comment. One Abdullah brother referred all queries to Damas.

Mannai said in January that 37 per cent of commitments came from the Abdullah brothers and 21.8 per cent from other unnamed shareholders.

Any deal is still far from being completed, one of the sources said.

“They have to take into account the interest of Damas’ minority shareholders. It’s far from done for now and there is a lot of uncertainty involved,” the source said.

For Mannai, the deal would be its second buy in the UAE after it snapped up a 35 per cent stake in Axiom Telecom in 2011.