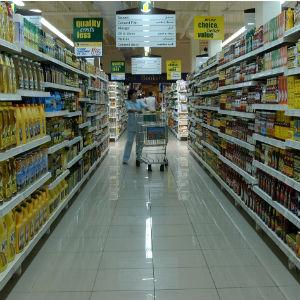 Shoppers in the UAE are making the most of a drop in food prices ahead of Ramadan and capitalising on bargains at local supermarkets.

Prices on branded goods have fallen by as much as eight per cent, while the government has told retailers not to raise their prices ahead of Ramadan and iftar season – when food demand is traditionally high.

Price controls mean a basket of basic food now costs 15 per cent less than at the end of last year, according to a local survey. The government began efforts to reign in food prices in the first quarter.

“I think that government price controls are definitely having an impact,” said Karima Berkani, an analyst at Euromonitor International, speaking to The National.

“According to our data, prices have largely stabilised and in some areas decreased.

“Some retailers have agreed to absorb some or all of the loss associated with these price regulations and as a result are using other strategies to make up the revenue.”

Retailers have been warned ahead of Ramadan this month not to increase food prices in what is traditionally the high-demand season for the industry.

“I think that prices this Ramadan will be the same and perhaps slightly lower than last year,” said Berkani. “Many of the same government checks will apply, but retailers and consumers are now more aware of the price freezes and various promotions which will facilitate their success.”

Last month the government announced that supermarkets would offer ‘Ramadan baskets’ consisting of basic foods at a discounted price of 30 per cent, saving more than buying the items separately.

Meat suppliers and traders across the country have also agreed not to raise their prices during the holy month.

Statistics from the United Nations Food and Agriculture Organisation’s Food-Price Index show that global food prices were down 14 per cent in May from their historic highs in February 2011.