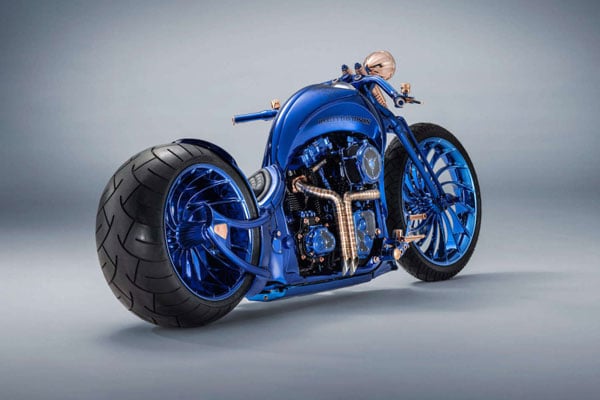 Bucherer is one of Switzerland’s most reputed watch and jewellery retailers, and with a history that spans as far back as 1888, one of its oldest too. It slowly expanded its retails operations into other major European cities and also established a line of watches under the name of Carl F. Bucherer name which were manufactured in-house.

Read: Travel review: made in Milwaukee

Now though, Bucherer has unveiled what they’re referring to as the world’s most expensive bike. The one-off bike has been built in collaboration with Swiss Harley-Davidson retailer and custom workshop Bündnerbike. 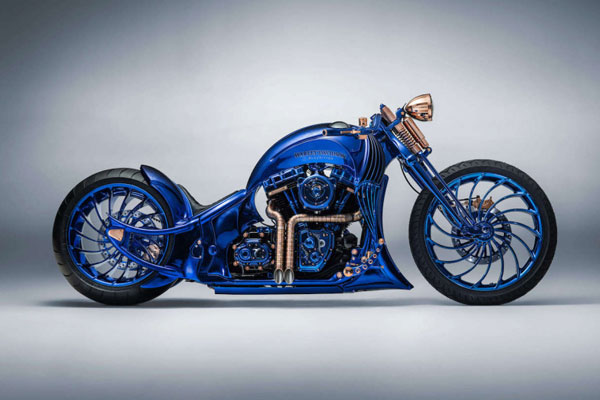 The Bündnerbike team began with a Softail Slim S and assigned a team of eight people to work on the project. It took them a year to handbuild this bike in Maienfeld, which is located in the Swiss canton of Graubünden. They spent a total of 2,500 hours constructing this special edition bike, and first impressions indicate that it was time well spent.

According to Bucherer, this Harley-Davidson Blue Edition sets three records by virtue of its existence: It is the world’s most expensive bike, the world’s first motorcycle to be kitted with a manufacture watch and jewels and also the first bike with an engine lit up from inside. 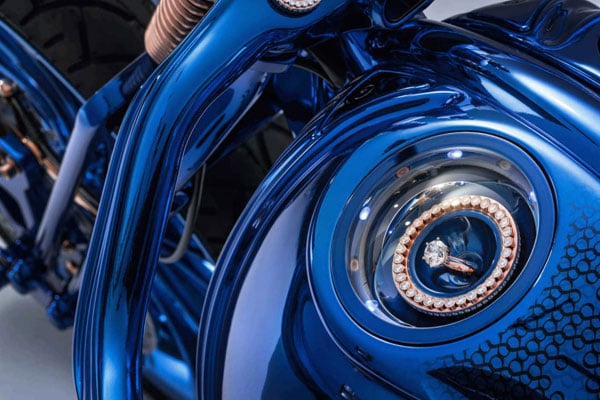 There are plenty of precious materials and stones used on this bike. There’s a Dizzler rotating ring from Bucherer Fine Jewellery Collection mounted in the handgrips. “To ensure that the rings really stay in place, a special method was applied that guarantees a very strong hold. How this works remains a secret of the Bündnerbike blacksmith,” says Jürg Ludwig Jr, Managing Director of Bündnerbike. Then, there is a pair of Dizzler diamond rings placed in the forks, while another large Dizzler ring is located to the left of the fuel tank.

Read: Saudi women to be allowed to drive trucks, motorbikes

On the fuel tank are two safes fitted with retractable armoured bulletproof glass. Within one safe is a six-prong Heaven Solitaire ring with a 5.4-carat diamond, while within the other safe is a special-edition one-off Patravi TravelTec II model, with the dial design on the timepiece that references the engine of a bike. 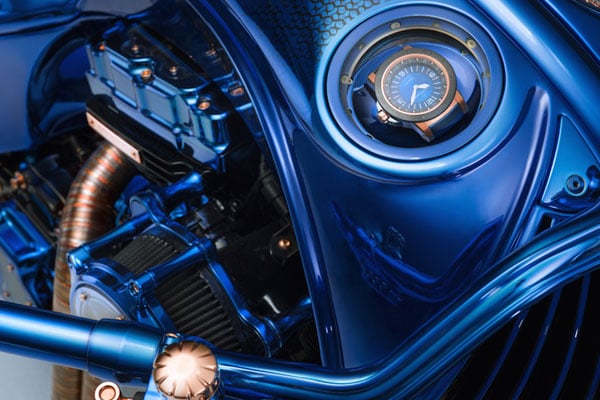 The cage within the safe has a special holder to help buffer the watch from the engine’s vibrations. “The holder also serves as a watch winder. The watch is therefore wound regularly and continues to run, even if the motorcycle is not ridden for an extended period,” says Samir Merdanovic, Head of Manufacture Movements at Carl F. Bucherer.

Heat-resistant LEDs light up the 100PS engine, thereby making it the world’s first bike to have an engine lit up from inside. The throttle valves are gold plated and so are the screws. The rotating camshaft on the bike is visible through a window in the camshaft housing. 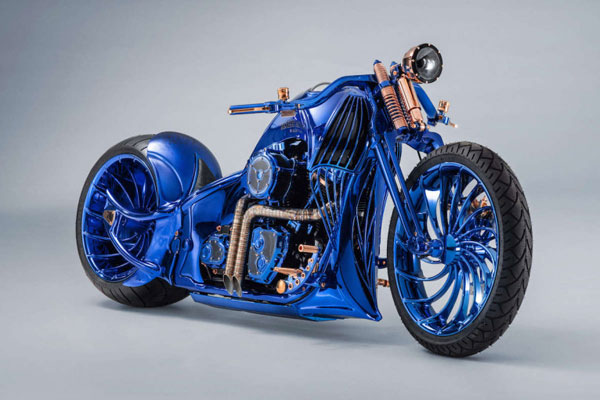 The cowhide saddle is sewn by hand in Switzerland and all of the welding, moulding, and polishing of the bike was also done by hand. Getting the exact shade of iridescent blue that the team wanted was no easy task. The team had to silver-plate the entire motorcycle and then use a secret coating method to cover it in six layers of colour to get the desired hue.

At $1.8 million, it is more expensive than a Ferrari, or maybe three. But this one-off motorcycle will be unlike anything else that exists today. Maybe now’s a good time to dip into your secret Swiss bank account?