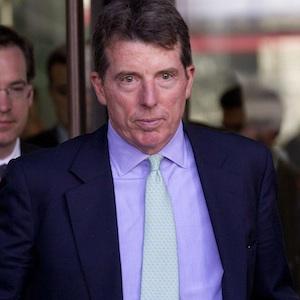 Barclays, hit by the Libor scandal in Britain, will leave the rate-setting panel for interbank lending in the United Arab Emirates after a mandatory 90-day notice period, as the hunt begins for a replacement, industry sources said on Tuesday.

The British-based lender had previously indicated to the UAE central bank that it wanted to quit the 12-member panel, whose quotes are used to set the Emirates interbank offered rate (Eibor).

The central bank and treasury officials from the panel members met on Tuesday to discuss Barclays’ move, and concluded that the mandatory notice period would be enforced to allow the central bank time to find a replacement.

“The panel agreed that Barclays continues to quote for the 90-day period and then they can leave,” a source familiar with the matter told Reuters, declining to be named because of the sensitivity of the matter.

The source added that discussions on which bank would take Barclays’ position occurred but no decision was made.

Bankers have said it may be difficult to find a replacement for Barclays on the panel, which quotes indicative interbank lending rates in UAE dirhams.

Another international bank would retain the current eight/four balance between local and international names, but most foreign institutions have just wholesale operations or a small presence in the UAE. Many of the UAE-based banks outside the panel are considered too small.

“We have lots of aspirations for the future but it is a little early for that,” Paul Trowbridge, chief executive of United Arab Bank, told reporters on Monday when asked whether his bank would seek membership on the panel.

In addition to Barclays, Citigroup, HSBC and Standard Chartered sit on the Eibor rate-setting panel, along with eight local banks.

Late last month, Barclays agreed with U.S. and British regulators to pay $453 million in fines for attempting to manipulate the London interbank offered rate through its submissions to the Libor panel.

There has been no suggestion that it tried to manipulate Eibor, but analysts say banks around the world may now decide to pull out of rate-setting panels as they grow reluctant to expose themselves to the risk of such allegations.

On Monday, Royal Bank of Scotland said it had removed itself from a panel in Singapore that sets interbank lending rates there, following an internal review.