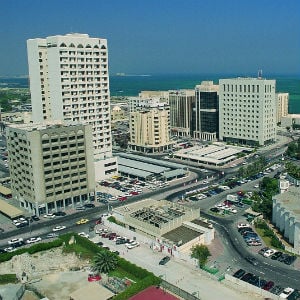 Bahrain’s real estate sector is at the ‘bottom of the market’, according to the latest report released by property consultancy CBRE.

“Landlords are increasingly indicating that they would rather leave properties vacant than accept lower rental rates, although this behaviour is not consistent throughout the market, and is largely dependent on whether properties are owned with or without leverage,” it said.

Rental rates in the areas most affected by local unrest have dropped back to 2005/2006 levels while rates in emerging areas such as Hamala have continued to rise at a slow pace, said the report.

Occupancy has also dropped in certain areas such as Saar and Budaiya by up to 30 per cent, while some areas like Hamala continue to post higher occupancy levels at 80 to 90 per cent.

Bahrain’s residential market is also suffering from a lack of low-income housing, said the report.

“Relatively small apartment buildings of ground plus four to six floors are emerging in various districts of Bahrain and are being let quickly, sometimes off-plan. The tenants are a mix of corporate entities who require worker accommodation or low to middle-income Bahraini couples usually starting their first home,” it said.

Rents for two bedroom properties can start as low as BD150 to BD180 per month, depending on location.

“These are effectively only a temporary solution to the pressing housing needs of this sector of Bahrain society,” the report added.

In terms of sales, although several middle-income housing projects have been launched in Bahrain in the last three months and sales (reservations) have reportedly been brisk, the report says that some of these projects are being sold at a loss or only at cost price.

That’s being done in order to “stimulate the market and raise the profile of the ongoing master planned projects of which they are merely a very early phase,” stated the report.

Sales to expatriates have dwindled to “virtually nothing” as employment risks and the long-term future of Bahrain remain somewhat uncertain, the report added.