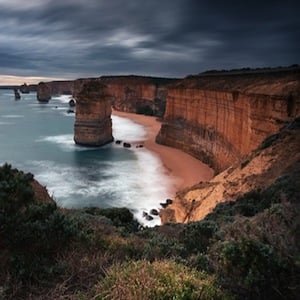 A major GCC tourism initiative led by Victoria’s coalition government is set to build on the already lucrative position Australia enjoys as a magnet for international travellers.

Louise Asher, Victoria’s Minister for Innovation and Tourism, was in Dubai on February 19, at the head of the state’s largest-ever state trade delegation, to launch the initiative.

This will promote a digital tourism marketing campaign leveraging Victoria’s relationship with Emirates airline, and will also lead to a first-ever Arabic-English tourism guide to Melbourne.

Asher was at the head of a group of 80 of the state’s leading food and beverage companies, in Dubai for the Gulfood Exhibition, taking place from February 19-22.

Representatives from infrastructure, water and agribusiness concerns were also present at a banquet Asher hosted at Dubai’s Park Hyatt Hotel February 19 to celebrate her state’s food and beverage products, which made up the evening’s menu.

Referring to the “crucial link between the UAE and Melbourne,” Ms. Asher said Victoria’s US$16.5 billion tourism industry had benefitted from Emirates’ marketing and sports sponsorship efforts, which include the Melbourne Cup, Australia’s leading thoroughbred horse race.

“If you want to [learn] something in marketing, then look at what Emirates have done in Melbourne,” Asher said.

Asher said the addition of the A380 to the service would add 50,000 seats a year to the airline’s three-times daily flights to Melbourne. The other two are via Singapore and Kuala Lumpur.

“Emirates Airlines is a very important component of in the relationship between Victoria and the UAE,” said Asher. Dubai was the third largest export hub after Singapore and Hong Kong for Victoria, conferring “huge opportunities both for Dubai and my home state,” she said.

The Arabic-English visitor guide, developed by Tourism Victoria and the Victorian Government Business Office in Dubai, will signpost Melbourne’s attractions for Arab visitors.

Asher’s GCC trip will take in Dubai, Abu Dhabi and Doha. Australia is stepping up its efforts to foster ties in the Gulf as food security becomes a major concern for GCC governments.

At the same time, Dairy Australia is to participate in a series of symposiums in Saudi Arabia, the UAE and Qatar.

Last year, a delegation from Western Australia led by state premier Colin Barnett visited the UAE to promote trade and agri-business, while several GCC companies have acquired farms in Australia.