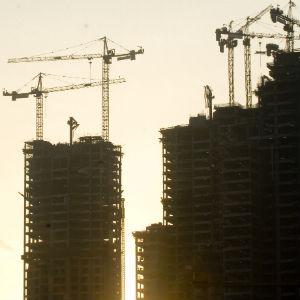 Abu Dhabi-based Arkan Building announced that it has received a Dhs1.4 billion loan to refinance existing debt and fund new projects in the UAE.

The 78-month term loan consists of a credit agreement with a group of banks including First Gulf Bank, Union National Bank, and Emirates NBD.

“The refinancing package will generate significant savings in interest cost for Arkan over the repayment period of the loan,” the company said in a statement.

Suhail Mubarak Al Ameri, chairman of Arkan, said: “I am extremely happy that we were able to come to an agreement with the participating banks on a more favourable refinance package.

“With a definitive agreement now formally signed, Arkan is poised to execute its ambitious growth plans,” he added.

Arkan, a public joint stock-listed company that is 51 per cent owned by the Abu Dhabi government, reported a net profit of Dhs6.88 million during the first quarter of this year, a 25.8 per cent year-on-year decline.