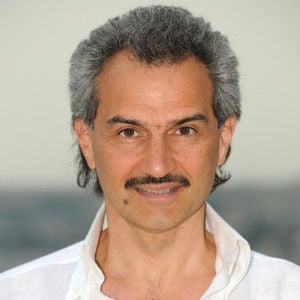 Saudi billionaire Prince Alwaleed bin Talal is eyeing three big investments in the near-term, setting a high bar for the acquisitions as he pursues ambitious returns of at least 20 per cent, he told a German newspaper.

Alwaleed, who was estimated by Forbes magazine last year to have a fortune of over $19 billion, already owns a seven-per cent stake in News Corp and plans to start a cable news channel.

“We are currently in talks over three quite big (investment) projects – one in Saudi Arabia, one in the (Arab) region and one internationally,” Alwaleed told business daily Handelsblatt’s Tuesday edition.

“Our targets are very high – at least 20 to 25 per cent. Other Arab investors take a different stance, they want to diversify away from oil and take lower returns of six to eight into account,” he added.

The prince, who has a sizeable stake in Citigroup, said he would continue to look at investments in the United States and Europe but had no plans to raise his Citigroup holding or buy into other US banks.

“We have enough,” he said of the Citigroup investment.

Asked if he is eyeing Greek, Portuguese or Spanish investments, he told the paper: “We are looking around. And it is right, some things are cheap now. But they could become cheaper, the crisis is not yet over. There is no hurry.”

The Arab world will also be a focus for future investments, he told the paper, noting the prospect of high returns. Alwaleed’s investment firm Kingdom Holding plans to build the world’s tallest tower in Jeddah.

“(The building) in Jeddah … itself will not yield much return. That is only about ego. But because it is built, the land around it will multiply in value. And we own the land.”

The Saudi prince also said more political change was needed in the Gulf Arab region which has largely been spared the turmoil of the Arab Spring unrest.

“Rich countries in the Gulf have reacted quickly – socially and economically. They have shared out money, created support for the unemployed and brought in a minimum wage,” he said. “But that is not enough – people must be able to vote for their parliaments. And parliaments must then have a real say.”

In September, the Saudi king gave women the right to vote in municipal elections and join an all-male advisory chamber.

“Elections are the only option,” he said of Saudi Arabia. “In other parts of the Arab world, parliaments already have more power.”

The prince, who bought a stake in microblogging site Twitter in December, told the paper: “I am for freedom of opinion and freedom of press. I am for the equality of man and woman. If you invest in Twitter, you believe in freedom of information.

“I very much hope that the countries which have not yet seen the influence of the Arab Spring have understood the message. They should introduce freedom and equality. And these countries should react quickly.”