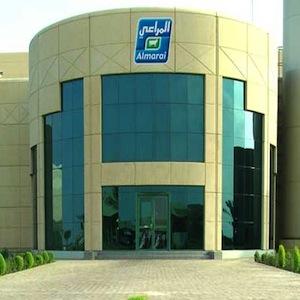 Almarai, Saudi Arabia’s largest food producer by market value, announced that it made a net profit of SAR242.1 million ($64.5 million) during the first quarter of the year, a 15.2 per cent drop compared to the fourth quarter of 2011. The amount however indicated an increase of 2.9 per cent compared to the same period last year.

Sales for the first quarter amounted to SAR 2.04 billion ($544.1 million), an increase of 17 per cent compared to the same period last year, Almarai said in a statement posted on the Saudi bourse website.

“The reason for a lower net profit compared with the previous quarter is the consumption seasonality and the continued impact of higher commodity prices,” the company said in the statement.

Meanwhile, Almarai attributed the higher sales revenue to the expansion of its distribution network across the GCC. “In particular, this was driven by bakery growth in the Gulf countries and poultry expansion in KSA. However this also resulted in higher selling and distribution costs,” Almarai said.

Last month, the dairy company said that it had increased its stake in International Dairy and Juice (IDJ), a joint venture with PepsiCo, from 48 per cent to 52 per cent. The IDJ joint venture, formed in 2009, aims to target opportunities in the dairy and juice sector in Southeast Asia, Africa and the Middle East, excluding the GCC region.

Almarai also issued its first Sukuk in March this year, raising SAR1 billion from the issuance. The Islamic bond was oversubscribed almost five times, the company said in a statement.