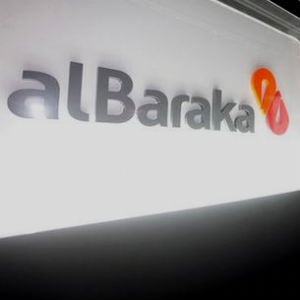 Bahrain’s Al Baraka Banking Group (ABG) has reported full year net profits of $212 million for 2011, an increase of 10 per cent from the previous year, the group said in a statement on Thursday. Its fourth quarter net profit remained almost flat, rising by one per cent to reach $46 million, the bank said.

“The negative economic and financial developments continued in 2011, coincided with Arab countries political unrest, and both of them created more adverse repercussions, imposing on the financial institutions across the world to adopt conservative and cautious business strategies,” Abdulla Ammar Al Saudi, ABG’s vice chairman, said in the statement.

The group, which operates in 15 countries through its subsidiaries, is planning to further expand its branch network and enter new markets in 2012, according to Adnan Ahmed Yousif, the president and CEO of ABG.

“The subsidiary units of the group in Turkey, Jordan, Algeria, Egypt and Bahrain have resumed expansion,” he said in the statement. The group is planning to open its representative office in Libya this year, after political developments delayed its opening in 2011. ABG is also studying the possibility of expanding in parts of Africa and Asia such as Indonesia, China and India, said Yousif.

“We expect the number of branches of ABG banking units to exceed 500 over the next two years,” he added.