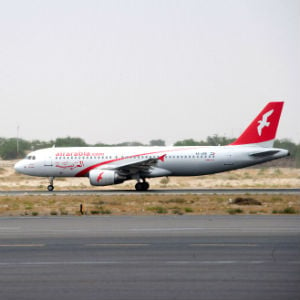 Budget airline Air Arabia reported a full year net profit of Dhs274 million for 2011, a decrease of 13 per cent from 2010, the company said in a statement on Saturday. However, the airline’s revenues during the period increased 16 per cent year-on-year to reach Dhs2.4 billion.

“While these challenging market conditions continue to impact the performance of the aviation sector here in the Middle East and worldwide, we have focused more keenly than ever on ensuring the highest level of operational efficiency,” he said.

Air Arabia’s net profits during the fourth quarter of the year, rose seven per cent to hit Dhs78.7 million compared with Dhs72.27 million a year earlier.

The company’s turnover for the quarter reached Dhs638 million, an increase of 17 per cent compared to Dhs544.8 million in 2010.

The carrier introduced six new routes last year and also took delivery of six new A320 aircraft from Airbus as part of an order for 44 aircraft placed in 2007. It expects to receive another six aircraft this year, Air Arabia said in the statement.