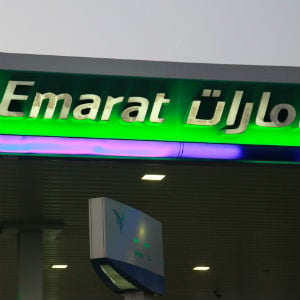 The agreement comes 12 months after EMARAT announced a restructuring plan in an attempt to boost profit. Despite the UAE government raising EMARAT’s capital by 50 per cent last year to counter the fuel subsidies enforced on petrol prices, the company still had debts of around 1.9 billon dirhams.

EMARAT service stations encountered problems last year when apparent logistical problems prevented petrol from being delivered. But industry insiders say EMARAT’s suppliers had refused to deliver the fuel after it delayed a payment, according to a local news source.

The signing on Monday was attended by Dr. Obaid Humaid Al Tayer, minister of state for financial affairs and EMARAT’s Chairman, and Abdullah Nasser Al Suwaidi, Adnoc director general and chairman of the board of directors of ADNOC Distribution in addition to a number of officials.