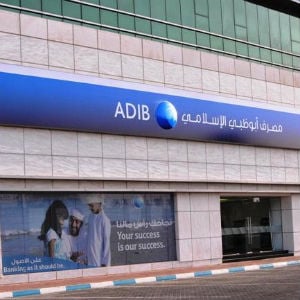 Abu Dhabi Islamic Bank (ADIB) posted a net profit of Dhs360.4 million during the first quarter of the year, up 5.8 per cent from Dhs340.6 million in the same period last year, it said in a statement.

Credit provisions and impairments amounted to Dhs156.8 million for the quarter, up 3.9 per cent from Dhs151 million last year, the bank said. Net revenue for the quarter increased 7.3 per cent year-on-year to reach Dhs874.8 million.

Customer numbers also increased nine per cent year-on-year to reach 466,244, while customer deposits and assets also grew by 4.3 per cent and 1.6 per cent respectively.

“The start of 2012 has witnessed a welcome joint focus by the government, regulators and banks in the UAE on easing the burden faced by those debtors whose circumstances and ability to meet their obligations are most onerous, Tirad Mahmoud, CEO of ADIB, said in the statement.

“However, the continuation of the global financial crises and uncertainty prevailing in the eurozone, when combined with an increasingly enhanced regulatory regime in the UAE, means that we continue to anticipate limited quality credit opportunities and a resultant subdued growth in profits for the balance of 2012,” he said.

He said that the bank continued to increase provisions, adding Dhs122 million in specific provisions during the first quarter of the year compared to Dhs126 million during Q1 2011.

“Since the new management team took over early in 2008, total credit provisions and impairments have increased to Dhs3.69 billion from Dhs404 million at the end of 2007. Our collective provisions now represent a substantial buffer against future surprises and we will continue to increase these in line with our internally generated loss norms even though they now exceed the Central Bank of the UAE guidelines,” he added.