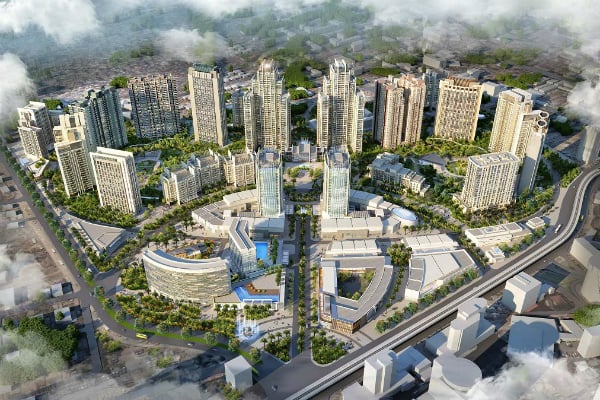 Abu Dhabi developer Eagle Hills has announced the launch of a major new mixed-use development in Ethiopia with 4,000 homes.

La Gare, spanning 360,000sqm on what was once the site of the main railway station in the capital Addis Ababa, comprises residential, commercial, hospitality and leisure facilities surrounding a park.

The development will be anchored by four and five-star hotels, retail outlets, offices and residential space, with buildings arranged symmetrically around a central driveway described as the main boulevard.

It will also feature a social housing component in partnership with the Ethiopian government, which will see residential units built to accommodate existing residents at the site.

“La Gare is a project of passion that will be developed on a land of heritage. It will be built upon the historical grounds of La Gare train station that has stood the test of time, and with our project, will live in people’s collective memories for even longer.”

Eagle Hills said the project would be pedestrian friendly and feature indoor and outdoor food and beverage offerings, Grade A office space and leasehold commercial property.

The Abu Dhabi firm is among the UAE’s most active developers outside of its home market.

Its projects include the multi-billion-dollar Belgrade Waterfront in Serbia and hotels in Sharjah, Fujairah and Muscat.