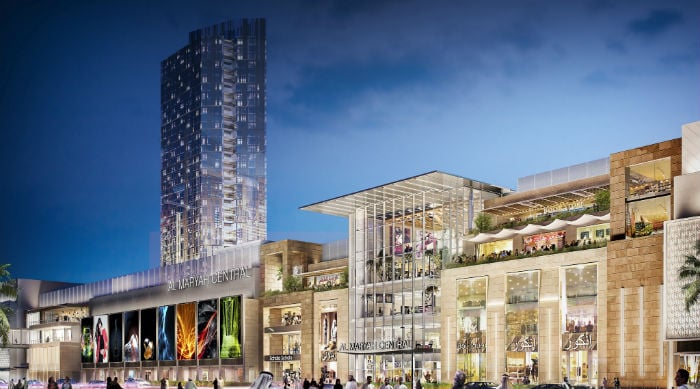 Abu Dhabi’s Dhs5bn ($1.36bn) Al Maryah Central mall has revealed the names of 40 additional brands that have leased out outlets ahead of opening in August next year.

Developer Gulf Related has tied up with franchise operator Alshaya Group for the leasing of nearly 40 units including flagship stores for Debenhams, H&M, and Victoria’s Secret, and beauty brands including Charlotte Tilbury, MAC and NYX.

Some of the restaurants that have signed up include Bouchon Bakery, Blaze Pizza, Asha’s, The Cheesecake Factory, P.F. Chang’s and Texas Roadhouse, a statement said.

However, the mall will no longer have US department stores Macy’s and Bloomingdale’s, The National reported.

Both stores were part of a commitment by Al Tayer, with the Macy’s store – scheduled to be spread across four floors – set to be the brand’s first outside the US.

The Bloomingdale’s store was also expected to be bigger than the one on Dubai Mall.

“We worked with Al Tayer for a long time and we agreed with them that they won’t be proceeding with Macy’s and Bloomingdale’s,” Daniel Parry, managing director Gulf Related told the paper.

“It was disappointing but we were in discussions with Al Tayer for a long time and we planned accordingly. It’s given us opportunities. As the market has changed over time the replacement of the two big department stores with a lot of different retail has actually helped the overall mall,” he added.

Located at the centre of Al Maryah Island, the 2.8-million–square-foot mall will feature a flagship 35,000 sq. ft. Zara store along with Massimo Dutti, All Saints, and Lululemon stores.

It will also have a 21-screen VOX cinema with IMAX screens.

Al Maryah Central, which was scheduled to open in August this year, will also be connected to the existing Galleria shopping centre by air conditioned walkways.

The Galleria – which opened in 2013, is a luxury shopping and dining destination featuring brands such as Dior, Louis Vuitton, Gucci, Cartier, Van Cleef & Arpels and the recently opened Tiffany’s & Co. Restaurants include Zuma, La Petite Maison, Coya, Nusr-Et and Roberto’s.