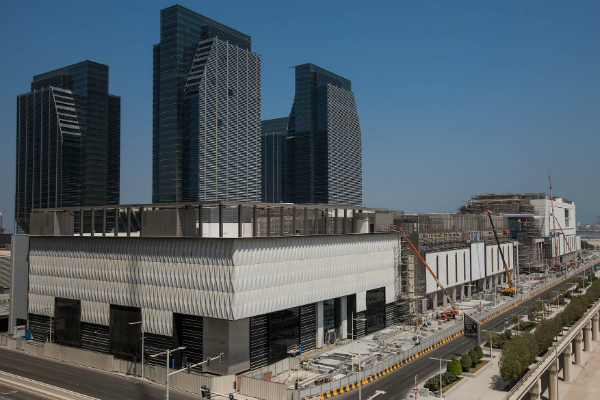 The opening of Abu Dhabi’s Dhs5bn ($1.36bn) Al Maryah Central mall has been pushed back to August next year.

Developer Gulf Related said the project, which was due to open last month, had achieved its building completion certificate signifying the end of construction.

The 2.8-million–square-foot mall’s retail tenants will now commence the fit-out of their stores “in anticipation of the mall opening its doors to the public on 27 August 2019”.

“This important certification now enables our tenants to start the fit-out of their stores, ensuring we are ready to open to the public next August,” said Gulf Related managing director and general counsel Daniel Parry.

“In the coming weeks, we will announce many additional brands, which together will create an incredibly exciting retail, entertainment and dining mix for Abu Dhabi’s residents and visitors.”

Al Maryah will be connected to the existing Galleria shopping centre by air conditioned walkways.

Its key features include a public library, five public parks, a 205,000sqft Macy’s store spanning four flours and a Bloomingdales, which is set to be larger than its Dubai Mall counterpart.

Other brands that have signed up include Zara, All Saints and Lululemon.

Elsewhere in the UAE capital, the $1.2bn Reem Mall has also been delayed and is now expected to open in 2020.

The developer behind Marina Mall announced a Dhs3bn ($816.7m) expansion in October including a new promenade, restaurant tower and outdoor experiences.