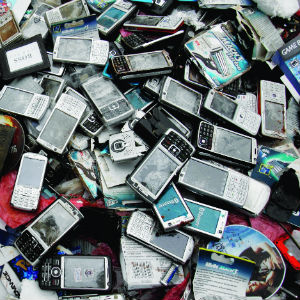 While around 16,125 items were discarded as they were not fit for human use, the remaining items were given to the Red Crescent authority, the report said.

DED said it had taken several initiatives to improve public awareness about counterfeit products, and also conducted three workshops to educate consumers about the issue in 2011.

The authority’s Commercial Protection Department implemented “a comprehensive plan in 2011 to eradicate and prevent the reoccurrence of the negative phenomena and the wrong practices of commercial activities and violation of effective laws and regulations,” the report said.

Overall, DED issued 8435 fines for offenders last year, and 62 forms of wrong practices were monitored. While some business owners violated laws regarding licencing, others were punished for displaying posters on walls.

DED also levied fines on “halls of entertainment,” as “they incorporated electronic games that rely on luck rather than skill as a means of earning profit that ranges from Dhs10,000 to Dhs40,000,” said the report. Six of the halls were also shut down for violating the regulations.

The authority also cracked down on units selling diesel illegally, and made field inspection visits to car markets.

As part of its beautification drive, DED along with the Abu Dhabi Urban Planning Council and the Abu Dhabi municipality has also made a plan to move car-related activities outside the city, the report said.