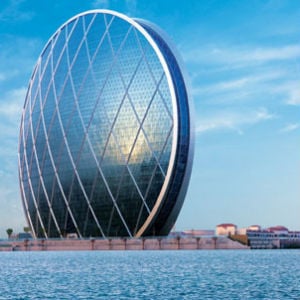 The emirate has hired Goldman Sachs and National Bank of Abu Dhabi to advise a steering committee that will oversee the potential merger, one of the sources familiar with the matter said.

Morgan Stanley and Credit Suisse are advising the companies, the three banking and industry sources said speaking on condition of anonymity as the matter has not been made public.

Abu Dhabi is contemplating merging indebted Aldar with Sorouh in a tie-up that could create a company worth some $15 billion in assets.

Analysts say the deal, outlined in March, is aimed at shoring up the balance sheet of Abu Dhabi sovereign wealth fund Mubadala, which has a big stake in struggling Aldar, and stabilising the emirate’s brittle real estate market.

A tie-up is seen as complicated, however, given the massive land banks the two companies hold and the work involved in arriving at a deal structure.

Aldar has relied heavily on the government over the past 18 months for funding. Abu Dhabi has spent more than $10 billion on the company, equivalent to the amount it deployed to rescue Dubai from a bond default in 2009.