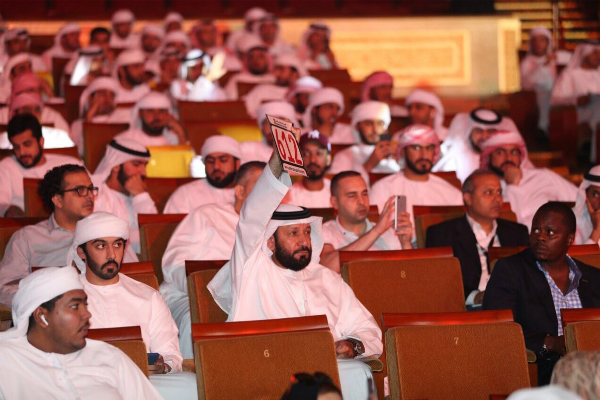 Abu Dhabi licence plate No 2 has sold for Dhs10.1m ($2.74m) in an auction held by the emirate’s police force on Saturday at the Emirates Palace hotel.

Earlier this year an Emirati businessman was put on trial after issuing a dud Dhs31m ($8.43m) cheque to buy Abu Dhabi car plate number one at a November 2016 auction.

He was quoted as saying he intended to sell the plate immediately for a profit and then pay back the large sum.