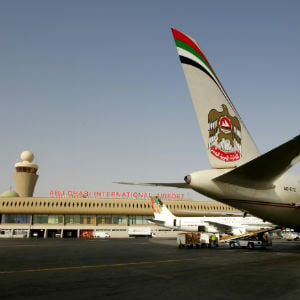 The Abu Dhabi International Airport welcomed 1.143 million passengers during January this year, an 18 per cent rise over last year’s figure, according to the traffic report released by the Abu Dhabi Airports Company (ADAC).

ADAC said that 9,874 aircraft movements were registered in January 2012, and Doha, London, Bangkok, Manila and Sydney were the top five routes during the period.

Cargo shipment also increased by 11 per cent in January compared to the same period last year, with the airport handling 39,098 tonnes of cargo.

“Abu Dhabi International Airport is welcoming 2012 with a strong start as it builds on the growth trend registered throughout 2011,” said Eng. Ahmed Al Haddabi, ADAC’s chief operating officer said in the statement.

“This positive momentum is supported by the success enjoyed by the airline companies operating at the capital’s airport, including Etihad Airways, and the joining of airberlin, the second largest operator in Germany,” he said.