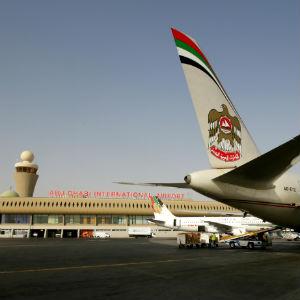 The Abu Dhabi International Airport recorded a 22 per cent growth in passenger traffic during April 2012 compared to the same period a year ago, the Abu Dhabi Airports Company (ADAC) said in a statement.

Over 1.2 million travellers passed through the airport during the month, said ADAC. Cargo traffic also increased 19 per cent year-on-year on to reach 45,261 tonnes.

“The significant growth recorded during April is mainly attributed to the healthy growth of all airlines operating from the airport,” said ADAC. Aircraft movement rose six per cent during the month, reaching 9,893 movements.

“It is encouraging to be seeing sustained growth as we enter the second quarter of the year,” Ahmed Al Haddabi, chief operating officer at ADAC, said in the statement.

“Whilst we welcome the summer season, Abu Dhabi International Airport is focusing its resources on delivering service quality to compete with the world’s leading airports, and enabling it to cater to the expected travel peaks,” he added.

The airport saw more than 3.4 million passengers during the first quarter of 2012, a 21.2 per cent increase compared to the same period last year.