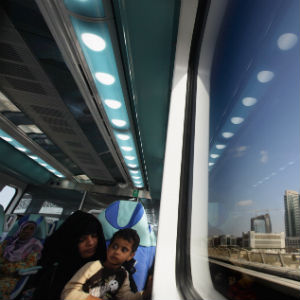 More than 11.84 million passengers travelled on the Green Line of the Dubai Metro from its launch in September 2011 to January this year, according to the Dubai Roads and Transport Authority (RTA).

“The track passes through vital heritage, business, residential, cultural and health spots, rendering it the most demanded and used public transport means in the area,” said Ramadan Abdullah, director of Rail Operation at RTA Rail Agency.

Passenger levels on the Green Line hit 2.785 million passengers in for the month of December 2011 and 2,849,171 passengers for January this year.

According to Abdullah, the most popular metro stations on the Green Line in December and January were Al Fuhaidi Station, where the number of users reached 694,176; Bani Yas Station with 664,351 passengers; and Al Ghubaiba Station with 504,771.