Over 10.7 million passengers use smart gates at Dubai airports this year - Gulf Business 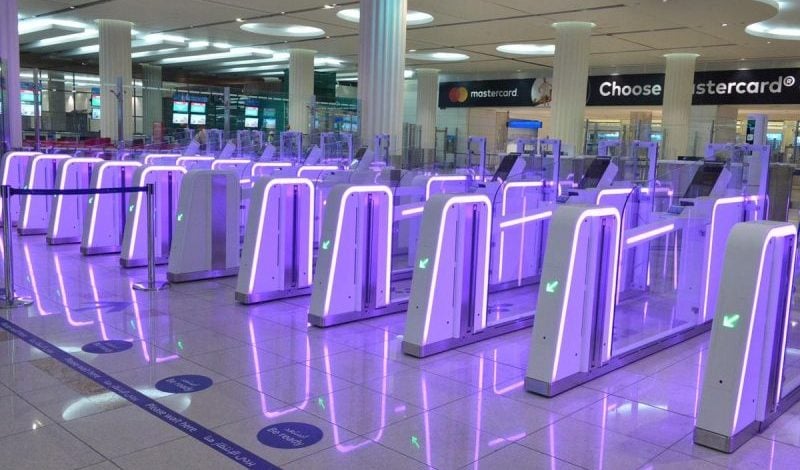 The number of passengers passing through smart gates at Dubai Airports so far this year has reached 10.7 million, Dubai Media Office (DMO) reported on Tuesday.

The figure accounts for 22.3 per cent of the total number of passengers who travelled through the airports this year, DMO said on Twitter.

The smart gates allow passengers to clear the immigration process in between seven to 10 seconds, according to the General Directorate of Residency and Foreigners Affairs in Dubai (GDRFA).

The gates use face-sensors to scan and identify travellers and indicators guide them through the steps required to complete the process.

In June, officials had confirmed that the number of passengers using the smart gates stood at 2.63 million in the first five months of this year, indicating that over eight million used the facility during the second half of the year.

The tunnel, at the airport’s Terminal 3, uses a biometric recognition system to recognise passengers as they walk through. This allows immigration checks to be completed in just 15 seconds, according to officials.

Earlier this month, Dubai Airports revealed that Dubai International (DXB) welcomed over seven million plus passengers in October, resulting in the hub’s traffic reaching 74.5 million passengers during the first 10 months of the year – up 1.5 per cent year-on-year.

The smart gates can identify a traveller by either their passport, Emirates ID, e-gate card or QR barcode generated via the GDRFA smartphone app.

Passports need to have the data encoded in an optical character recognition format at the base of the identity page in order to be used at the smart gate.

First-time users have to register with an immigration officer after completing the eye scan. However, all Emirates ID cardholders aged 18 and above can use the service without pre-registering.

According to the GDRFA, the smart gates are seven seconds faster than the e-gates when processing a passenger’s credentials.