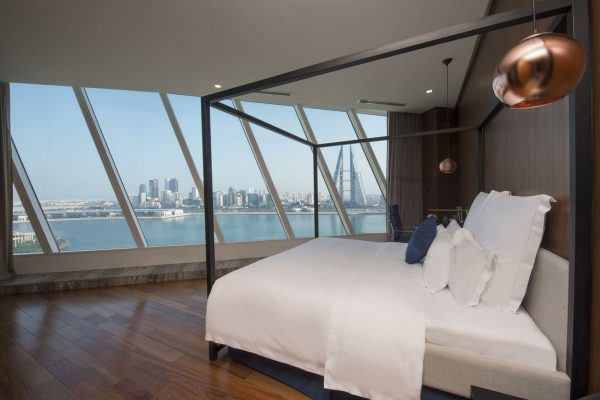 The latter becomes the largest stand-alone hotel in the kingdom, with 441 rooms, and biggest Garden-branded hotel globally. 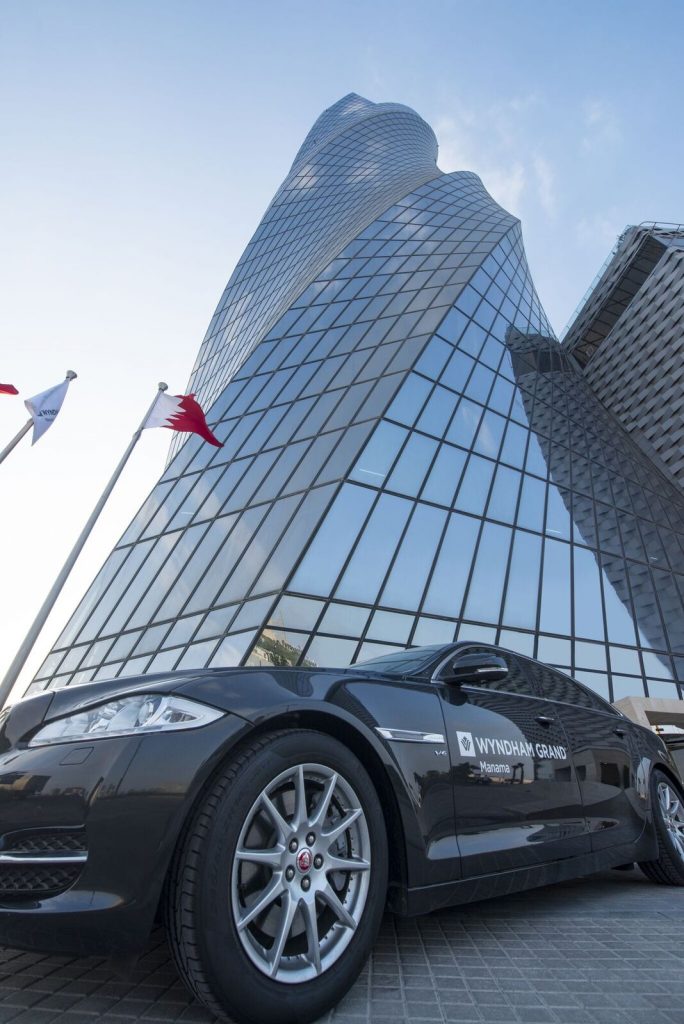 Ballrooms are normally hidden away in hotel basements but the Grand has turned the idea on its head.

Buoyed by plentiful lift capacity in the mixed-use tower (the hotel has six lifts, and it can access the six reserved for offices at weekends), the 50th floor offers MICE guests striking 200-metre-high panoramic views from its ballroom, bridal suites and meeting rooms. Work on the interiors is due to be completed in March and more space is available near the Atmosphere restaurant.

Each new premium hotel in the Gulf brings its own touches and the Grand has some neat ones, such as curtains opening on motion sensors as you enter the rooms. The hotel has 52 superior rooms, which start from 42sqm and increase as the exterior ‘twist’ design changes (superior king pictured). We had a peek at a one-bedroom suite (#1917) which has separate living area and small kitchenette. The modern, natural look was designed by DWP. 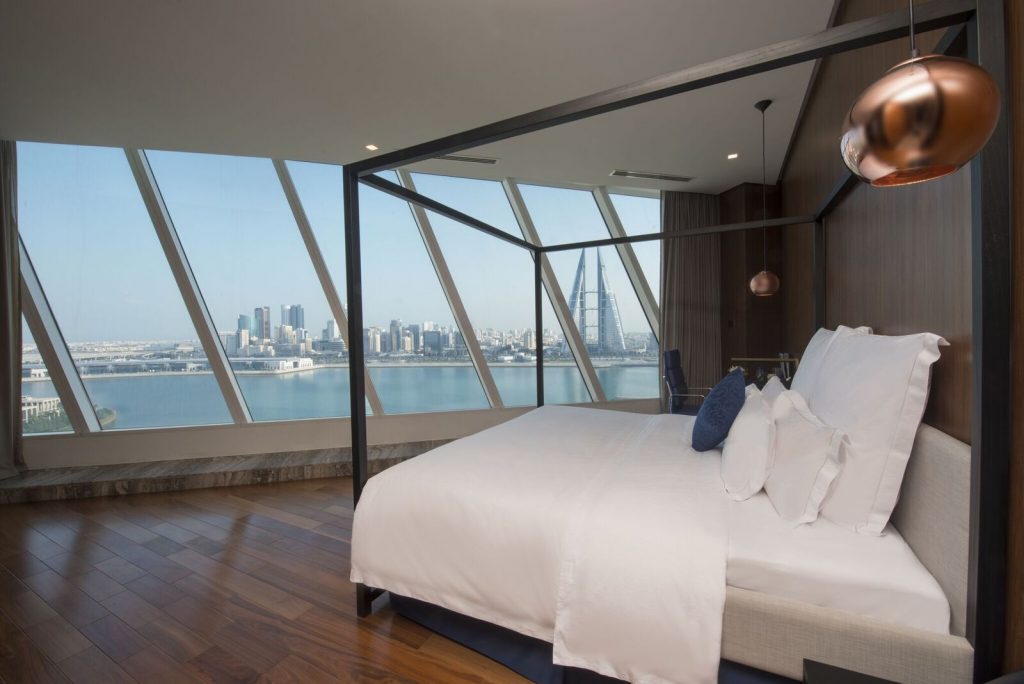 Six Senses will operate the spa – as it is at another new Gulf hotel, Renaissance Downtown Dubai – and an outdoor pool offers Bahrain Financial Harbour views. A speciality restaurant, with separate entrance, is coming up near the stone-walled lobby.

A short drive away, the Wyndham Garden Manama packs a strong mid-to-upscale punch. 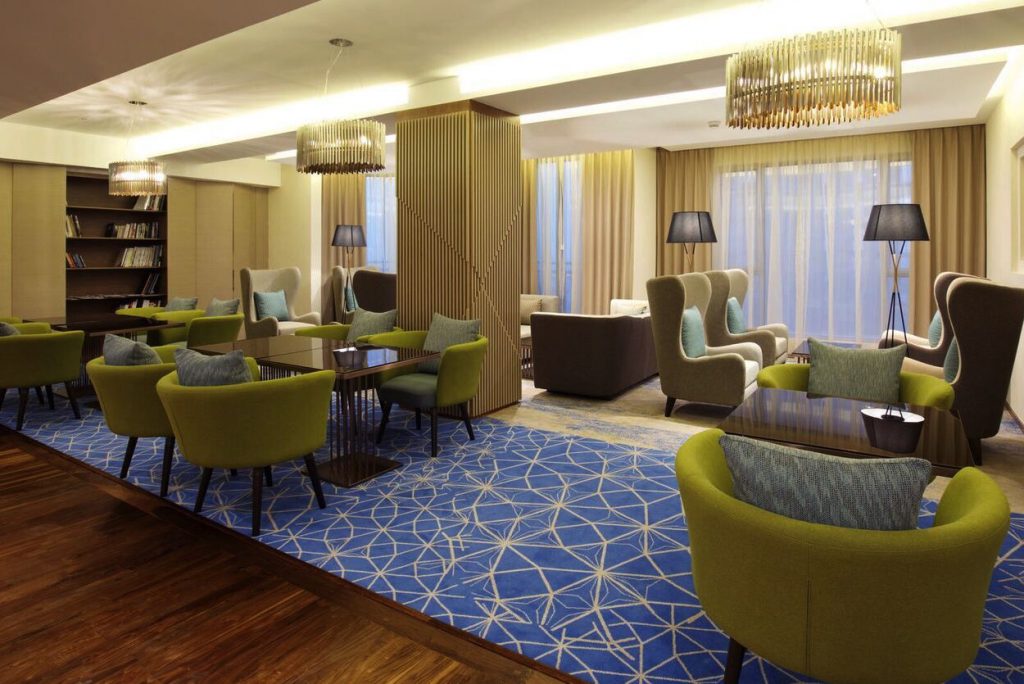 The rather unassuming lobby gives little clue to the scale of services above; from the spacious rooms and large 14th floor executive lounge (pictured above), to the seven F&B venues, leisure and MICE facilities. There are 252 deluxe king/twin rooms (floors 16-27) and 38 club deluxe rooms, and the hotel has one- two- and three-bedroom suites (one-bed suites are the second largest category at 72 units).

While the Grand is ‘dry’, the Garden has an attractive terrace and sports bar on the 28th floor, and you can order a drink in Via Brasil (Churrascaria) and Jashan (Indian).

I liked the range of services, though a glance at TripAdvisor suggests rates are nearer the top end of the market than midscale; for a few hundred dinars more, you can stay at the Ritz-Carlton and competition in the Kingdom is already strong – a fact which will intensify when VAT is introduced, which is slated for October.