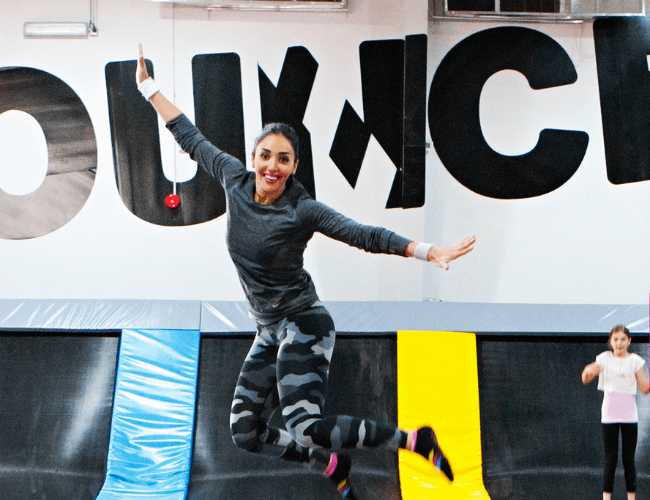 Trampoline park operator Bounce has opened what is claimed to be the world’s first women-only location in Saudi Arabia.

The location is restricted women and children with boys only allowed entry if they are under the age of 10.

For safety reasons, traditional Islamic headdress the abaya cannot be worn while jumping.

The park is Bounce’s second in Saudi Arabia after its Jeddah location.

“Bounce sets the standard in family entertainment and we are looking forward to welcoming guests in our brand-new venue as we continue to provide the kingdom with the ultimate ‘healthy and fun’ entertainment experience,” Bounce Middle East CEO Doran Davies said, according to local publication Saudi Gazette.

A government drive to encourage the population to get active has seen a number of new fitness activities opened to women.

In the 2017-2018 academic year, physical education classes were made available to schoolgirls for the first time and last year also saw licences issued for the first female gyms.

In October, Bahrain-based Arcapita invested an undisclosed sum in NuYu, a chain of women-only boutique gyms in the kingdom.