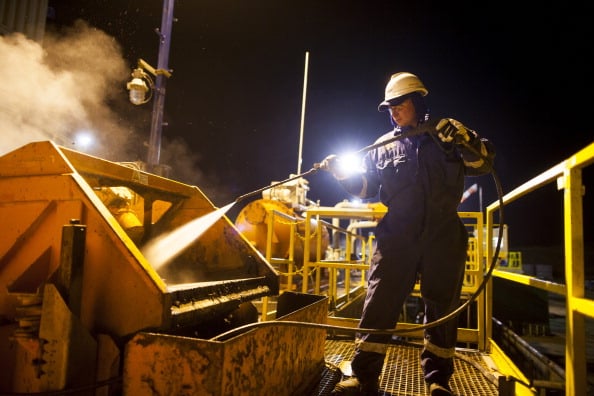 The world should rely on low production cost oil and gas from the Gulf region as it phases out hydrocarbons, according to economics professor and UN advisor Jeffrey Sachs.

Speaking at the World Government Summit yesterday, Sachs argued that the world should turn to low cost hydrocarbon production methods as it seeks to accomplish the 2030 Sustainable Development Goals and the 2050 Paris climate agreement.

“The Gulf region has the lowest cost hydrocarbons in the world and I was in Norway last week not making too many people happy because I was saying don’t drill in the Arctic because the backstop is the Gulf region’s oil and gas,” he said.

Sachs, who is director of the Earth Institute at Columbia University and was a key figure behind the formation of the Sustainable Development Goals, said that the Gulf region provided the safest hydrocarbon production available and the world didn’t need more “fracking, Canadian oil sands or deep sea oil and gas”.

He added that any production that was not profitable below the $50 a barrel mark should be stopped as the world has a “limited carbon budget left for global safety”.

“As we phase out the oil and gas in my view this region should be the world’s provider,” he added.

Sachs’ remarks are unlikely to go down well in his native US where shale producers are returning to the market after being made unprofitable by a Saudi-led OPEC plan to increase production in 2014.

American shale producers lifted the country’s oil production from 4.9 million bpd in 2009 to 9.6 million bpd in June 2015 but the dipping oil price saw output drop by more than 1 million bpd just over a year later.

Since then, last year’s production cap deal between OPEC and non-OPEC producers has seen prices rise to over $55 per barrel from lows of below $30 and given shale producers more confidence in restarting their operations.