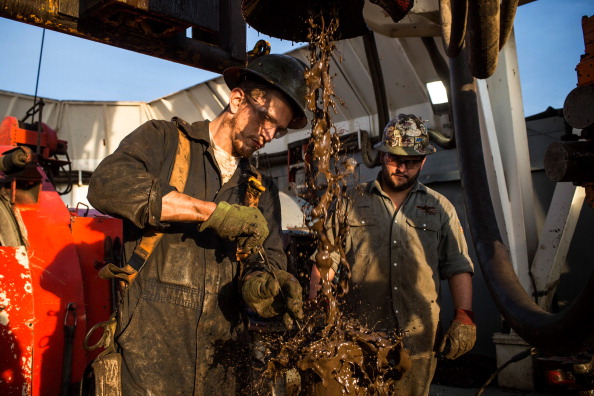 It was a moment U.S. shale oil producers have been waiting on for more than two years: OPEC nations finally agreed to cut production on Wednesday in a move that lifted low prices ravaging their budgets.

Two sources in the Organization of the Petroleum Exporting Countries said the group would reduce output to 32.5 million barrels per day (bpd) from current production of 33.24 million bpd, by around half the amount of global oversupply.

The agreement effectively establishes a floor on prices near $50 a barrel – around where many US shale oil companies can make money and drill new wells. The floor is twice as high as where oil languished in the depths of the downturn.

“This gives US producers more confidence,” said James West, partner at the investment firm Evercore ISI in New York. “They may become a touch more aggressive than they had planned to be.”

US benchmark crude rose more than 5 per cent to $47 a barrel on the news, pending final details about the cut, which won’t be known until after another OPEC meeting in November.

One US shale oil industry veteran likened the results of the prolonged price war to a bruising 12-round boxing match that ended in a technical draw.

After OPEC in mid-2014 let oil prices fall as it sought to regain market share, dozens of small and high-cost U.S. producers fell into bankruptcy.

Meanwhile, budgets of OPEC members from Venezuela to Angola shrank on a 60 per cent slide in crude prices. And two days before the deal was announced, Saudi Arabia cut ministers’ salaries by 20 per cent and scaled back financial perks for public sector employees.

But in the United States the big shale companies – the ones responsible for the bulk of all new onshore domestic crude output – survived. They confounded OPEC by cutting costs and finding new ways to squeeze more oil from rock.

The likes of Anadarko Petroleum Corp, EOG Resources Inc, Apache Corp and more than 25 other companies showed they can weather oil at $40 a barrel and profitably drill new wells as oil ticks toward $60 a barrel.

Many US shale companies, eyeing a rebound, even added acreage this year during a $12bn land grab in the oil-rich Permian Basin of West Texas.

At least 32 companies raised a record $20.40 billion in equity markets in the first eight months of this year, with half of them doing so to buy oily land.

The price plunge has since curbed output by more than 1 million bpd, to 8.5 mln bpd in September, according to data from the U.S. Energy Information Administration.

That trend could now change.

“Steadier (prices) is key,” said Ann-Louise Hittle, vice president of macro oils research for Wood Mackenzie. “It would lead to an increase in the rig count … and an increase in production.”

The capitulation by OPEC took far longer than many US CEOs had forecast.

In October 2014, Harold Hamm, the chief executive of North Dakota oil producer Continental Resources Inc, called OPEC a “toothless tiger.” A month later he scrapped his company’s hedges in a bold bet that prices would recover soon after sliding some 25 percent. Instead, they fell in half.