World Economic Forum: A glimpse into the future - Gulf Business 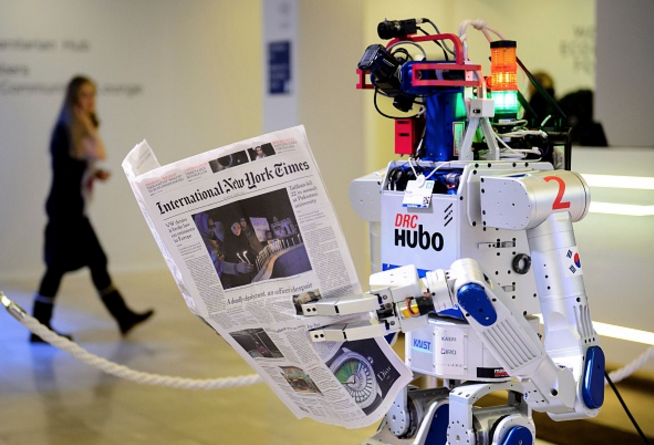 A robot holds a newspaper during a demonstration during the World Economic Forum annual meeting in Davos, on January 22, 2016. The world must act quickly to avert a future in which autonomous robots with artificial intelligence roam the battlefields killing humans, scientists and arms experts warned at an elite gathering in the Swiss Alps.
Photo credit: AFP/Getty Images

The benchmarks countries must hit to reach net-zero emissions

GCC’s higher education sector: Chalking out the future of tomorrow