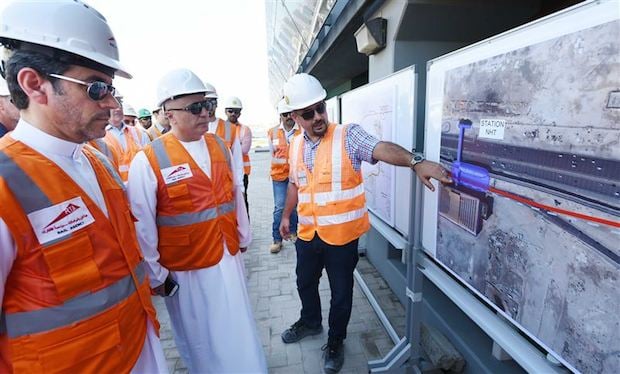 Work on the extension of the Dubai Metro line to the Expo 2020 site has begun and is progressing on schedule, the Dubai Roads and Transport Authority (RTA) confirmed on Saturday.

The Route 2020 project involves extending the Dubai Metro Red Line for 15km from Nakheel Harbour and Tower station to the site of Expo 2020.

Currently, concrete segments of the metro viaduct are being produced together with supporting pillars of a diameter ranging from 2.2m to 2.6m at the Concrete Batching Yard. 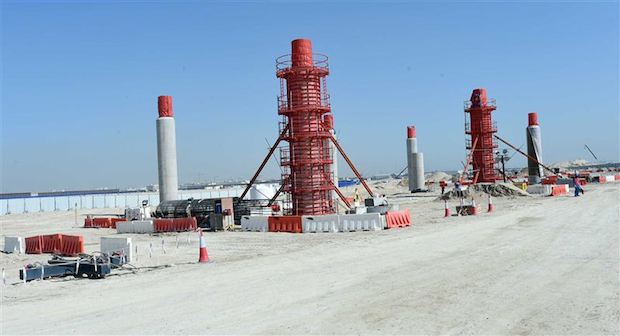 More than 20 pillars of about 7 meters in height have been cast, a statement said.

The completion rate of the project is now at 7 per cent with more than 200 piles inserted at the Expo and Al Furjan sites.

“Casting the pillars of the metro viaduct is a landmark achievement in the progress of the project works,” said Mattar Al Tayer, RTA director-general and chairman, who toured the sites.

“This step marks the emergence of the project components, rendering it visible to road users and residents of the neighbourhood.

“The construction of Route 2020 Project is part of Dubai Plan 2021 for achieving sustainable development and offering world-class services. It is also an implementation of RTA Strategic Plan 2021 for providing mass transit systems comprising the metro, tram, buses and marine transit modes,” he added.