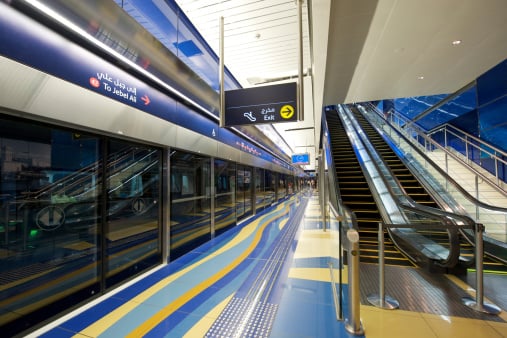 The group, which also includes Spain’s Acciona and Turkey’s Gulermak, will begin construction of the 15km route linking the Nakheel Harbour and Tower station on the metro’s Red Line to the Expo 2020 site by the end of 2016.

“The consortium entrusted to undertake Route 2020 was selected through an international tendering process involving the participation of 10 consortiums of major firms specialising in the construction of metro systems from all parts of the globe,” said RTA director general Matar Al Tayer.

Route 2020 will comprise 11.8km of overground track on a viaduct and 3.2km underground, with seven stations including three that are elevated and two underground.

This represents a delay from the 2019 operational date the RTA set last year when it said it was expecting the contract to be awarded and construction to begin in early 2016.

The expo service will be served by 15 trains with a further 35 to be bought to upgrade the existing metro lines.

The awarding of the contract follow reports in January suggesting the RTA was in talks with banks and creditors for more than $2bn to fund the expansion.

According to Bloomberg, the organisation invited contractors bidding for the project to submit a financing proposal for up to 80 per cent of the cost.

Dubai is forecast to spend around $8bn on infrastructure mega projects in the build up to Expo 2020 including hotels, new metro links and malls.