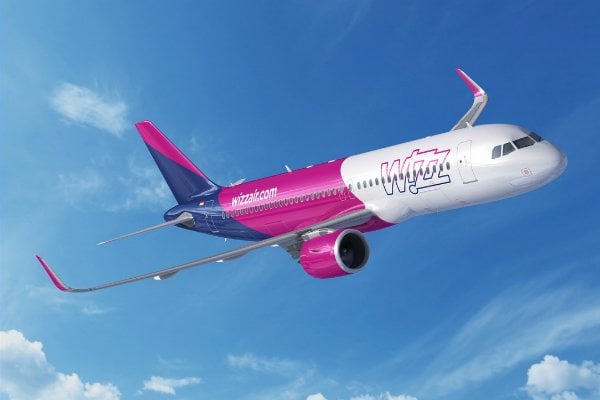 Wizz Air Abu Dhabi has said that it will commence flights to six destinations beginning October 1 and that tickets for them are already available via the Wizz Air website and app.

The six destinations it will fly to from Abu Dhabi are: Kutaisi, Odessa, Alexandria, Athens, Larnaca and Yerevan.

The airline will expand its network from Abu Dhabi to include flights to Sofia, Katowice and Cluj-Napoca in September.

Wizz Air completed its first scheduled flight to the UAE capital when a flight from Budapest landed at Abu Dhabi International Airport on July 1.

Wizz Air CEO Joszef Varadi has said that the airline aims to have 100 aircraft serving GCC markets in the next 15 years as part of an ambitious expansion strategy.

Another low-cost airline operating from Abu Dhabi, will begin flights this week.

Air Arabia Abu Dhabi will begin with flights to Alexandria on July 14, followed by flights to Sohag the next day.

Air Arabia Abu Dhabi too will initially station two Airbus A320 aircraft based in AUH.