The airline, which will begin operations on January 15 with flights to Athens, intends to expand its route network significantly in February, depending on travel restrictions, said Wizz Air Abu Dhabi’s managing director, Kees Van Schaick.

In a media briefing, he confirmed that following the start of flights to Thessaloniki on February 4, the third destination for the airline is likely to be Tel Aviv – subject to entry restrictions.

As per its plan, the carrier will offer four weekly flights (reaching daily flights during peak frequency), with fares set to begin at Dhs99. 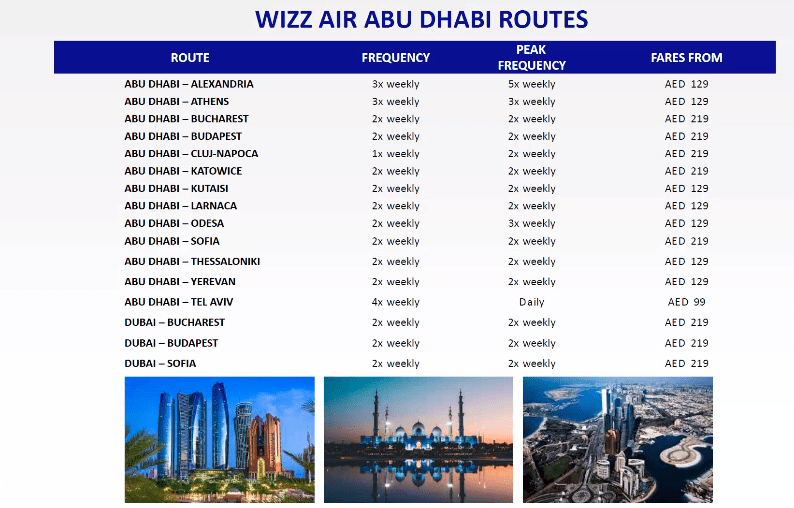 “We are living in a dynamic environment. Just because entry restrictions are removed in one destination, it doesn’t mean that it is the same in the other country. So we are monitoring the situation daily,” he said.

With Abu Dhabi adding more countries to the ‘green list’ – meaning travellers from those destinations do not require to quarantine – the airline said it will expand its network.

“With an increase in vaccination programmes in the GCC and Israel, we hope that more countries will be added to the green list. Short haul will recover first and the GCC [is a priority] for us. We believe that once those countries open up, we will start operating smartly to those countries. We have four aircraft available for that,” Schaick added. 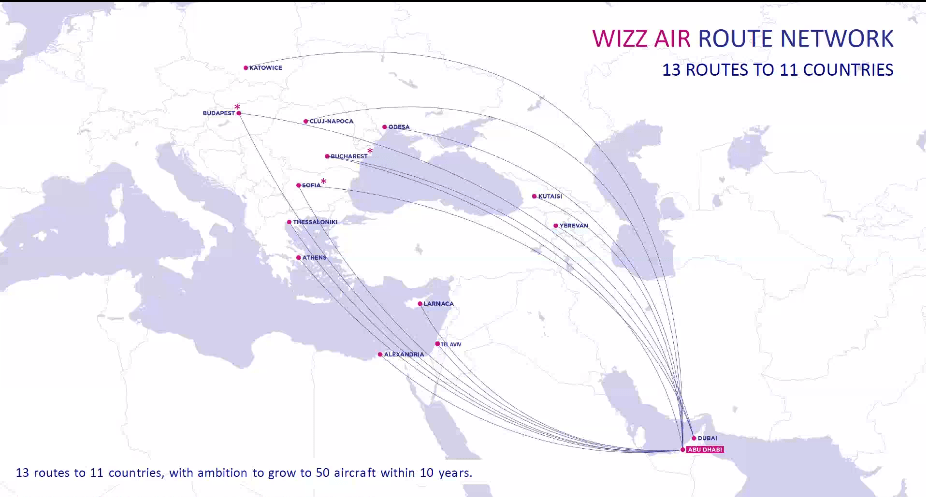 That will later expand to an eight-hour travel time network, once the airline boosts its fleet to include the A321XLR from Airbus.

“Within the next 10 years, we expect to increase our fleet to 50 aircraft to improve connectivity from Abu Dhabi,” said Schaick.

He stressed that the UAE capital’s low cost carrier (LCC) penetration was quite low, offering strong potential for growth.

“LCC penetration is currently at 5 per cent in Abu Dhabi, hence we expect growth prospects to materialise,” he said.

“There is a large group of customers who like to travel on an affordable front. We will also connect not only existing countries [on the Wizz Air network], but will also venture out to new destinations and improve Abu Dhabi’s connectivity.

“We will offer the lowest fares in the market. But also quality product and delivery,” he added.

While the airline will face from Air Arabia Abu Dhabi – the newly launched low-cost carrier in the UAE capital – it will offer a different proposition to passengers, added chairman, József Váradi.

“Our objective is to build the ecosystem. We are trying to complement the current offering. Competition is good for the consumer and good for carriers, because competition makes you a better business…We aim to grow aviation in the Abu Dhabi – that’s the benefit of our model,” he said.