Will Tesla's cybertruck be the latest addition to Dubai Police's fleet? | UAE News 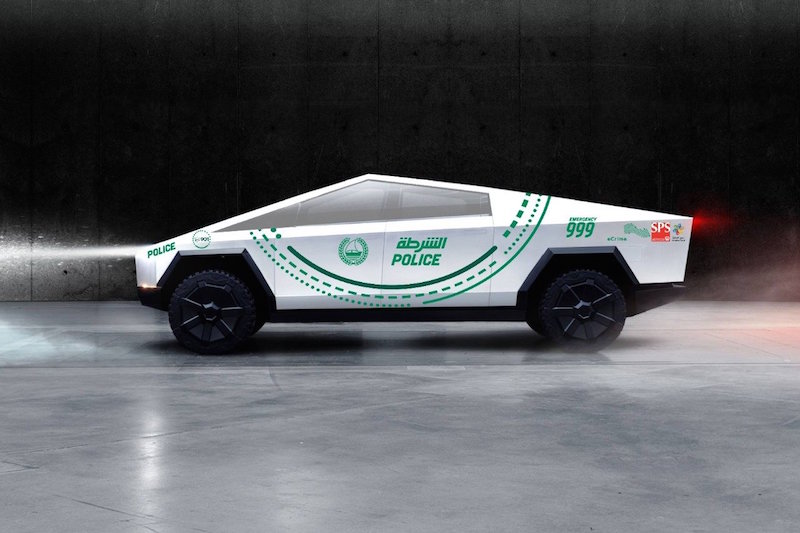 Dubai Police posted the image of Tesla’s new electric pickup truck on its Twitter account on November 26, hinting that the new model could be the latest addition to its fleet of patrolling vehicles.

Earlier this month, Dubai Police announced the inclusion of the new Mercedes-AMG GT 63 S to its fleet, increasing the number of its luxury patrol vehicles to 15. Also, a AW139 helicopter joined Dubai Police’s fleet of aircrafts, according to its website.

Tesla launched its first electric pickup, the Cybertruck this month, at a starting price of $39,900.

Tesla’s CEO, Elon Musk lauded the new vehicle as a “better truck than an F-150, faster than a Porsche 911” – on his Twitter account.

Better truck than an F-150, faster than a Porsche 911. Order Cybertruck online at https://t.co/hltT8dg2NO