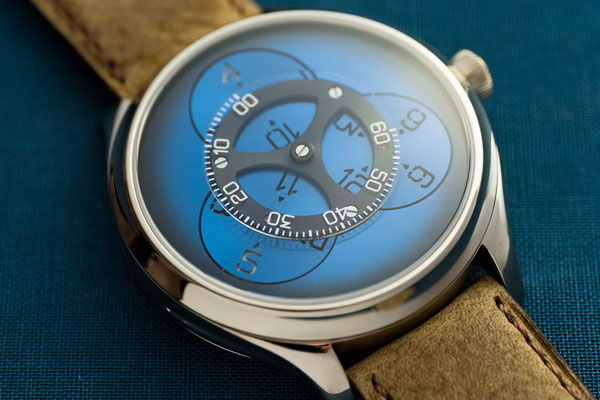 Schaffhausen-based H. Moser & Cie is one of those rare watch brands willing to do the outrageous if only to shakeup the status quo.

For example, in January 2015, hours after the Swiss National Bank removed the 1.20 limit peg of the Swiss franc to the euro, H. Moser & Cie’s CEO Edouard Meylan fired an open letter to president of the national bank threatening to take his company two kilometres across the border from its existing manufacturing site and into Germany to conduct business under the EU’s currency.

Read: The true story of the Royal Oak Offshore

Then in 2016, H. Moser & Cie released the Swiss Alp Watch at the height of the manic period when the Swiss watch industry was plagued with unfounded fears of the Apple Watch doing to it what quartz did to it in the 1980s. The Swiss Alp Watch had the same rectangular form as the Apple Watch, but cleverly featured a manual winding in-house manufactured mechanical movement.

The following year, it made a one-off $1m Swiss Mad Watch with the case made from real hardened Swiss cheese – Meylan was making a point about the new law, which had come into effect just days earlier mandating that 60 per cent of the value of the watch must come from Switzerland (up from 50 per cent before the introduction of the new law) in order for a timepiece to carry the ‘Swiss-made’ label. 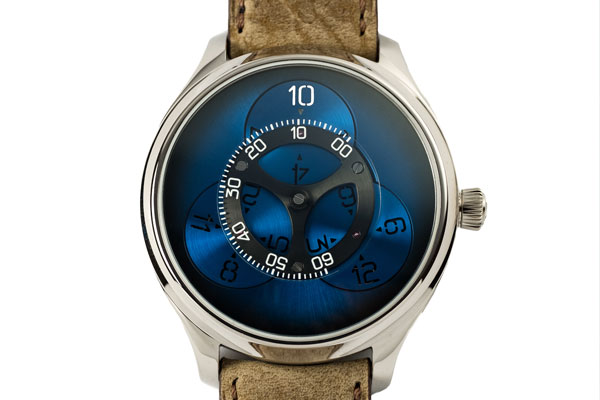 But H. Moser & Cie, initially founded in 1828 and then relaunched in 2012, isn’t a brand without serious substance that’s merely out to ride the wave of shocking PR tactics. This is an independent brand that makes only about a 1,000 watches annually, employing around 55 people and is a true manufacture in every sense of the word.

If you need proof of its superlative prowess in the field of its watchmaking skill that can give the very best Swiss watch houses a run for their precious francs, take a look at this Endeavour Flying Hours showcased at the SIHH earlier this year.

Developed along with Hautlence, it is based on the in-house H. Moser calibre HMC 200 and features an orbital time display that uses three spinning hours discs and a central minutes disc spinning over it.

It has achieved an industry-first feat in the field of mechanical watchmaking. Watch geek alert: It has planetary gears mounted on star wheels. This allows the minute disc to make a 240-degree arc. The hour discs, meanwhile, are in a fixed position on the dial, although they rotate on their own axis.

It’s such an ingenious take on mechanical watchmaking that it earned its place in the men’s category of watches entered into this year’s Grand Prix d’Horlogerie de Genève (GPHG), the annual competition referred to as the Oscars of the watchmaking world.

The 42mm automatic winding timepiece with a power reserve of 72 hours is limited to just 60 pieces.

H. Moser & Cie is an agitator and a lodestar – the kind the Swiss watch industry truly needs. Carry on.