The true story of the Royal Oak Offshore 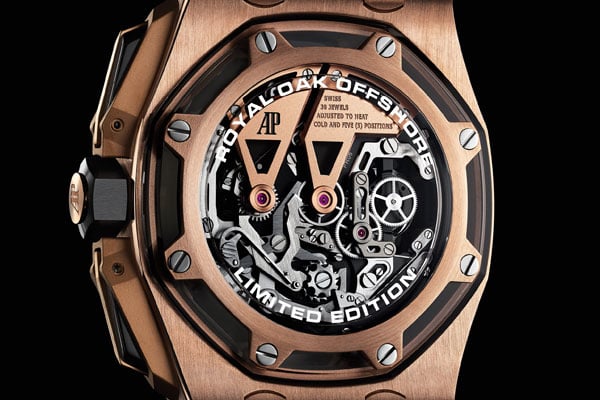 The Royal Oak Offshore was a watch with which Audemars Piguet faced the prospect of shooting itself in the foot. The Emmanuel Gueit-designed Offshore was a larger and more aggressive take on the standard Royal Oak – a design that was radical and confrontational.

When it was introduced in 1993, the designer of the original Royal Oak, Gérald Genta, reportedly stormed into the AP pavilion at Baselworld yelling, “You killed my baby!”

Genta was a bonafide watchmaking legend having designed not only the Royal Oak, but also other iconic watches like the Patek Philippe Nautilus, the IWC Ingenieur and the Bulgari Bulgari, among others.

Consequently, he was one of the world’s foremost authorities on watch design. Having someone of his calibre call the 43mm Royal Oak Offshore “the whale” could have been as shattering a moment as say Steve Jobs calling a piece of technology rubbish or Pablo Picasso trashing a piece of art. 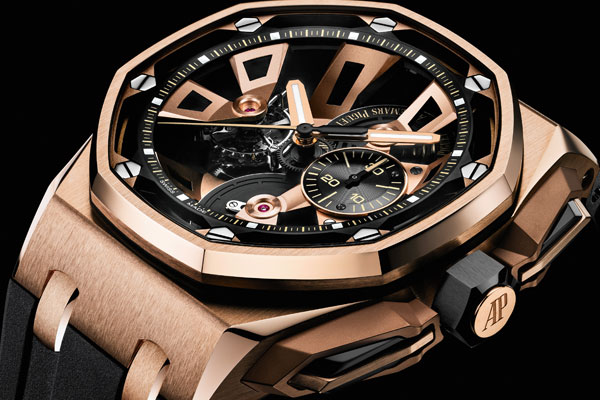 Audemars Piguet, though, did not flinch. The Offshore was meant to appeal to a certain mindset. That mindset, for example, locked in perfectly with the ripped bodybuilder action-man image of Arnold Schwarzenegger. In 1999, AP manufactured a special Offshore T3 Terminator Black edition that was featured in his End of Days film.

Beyond smart collaborations, AP was also moving towards sharpening the technical capability of the Offshore. The very first Offshore Grand Complication was born in 2012 and featured a minute repeater, splits second chrono and a perpetual calendar.

This year marks the 25th anniversary of the Offshore collection and Audemars Piguet has once again upped the shock value with the Royal Oak Offshore Tourbillon Chronograph you see here that looks nothing like the original Offshore. There is no familiar blue Tapisserie tile-like motif on the dial, and no octagonal bezel on top too. We can only imagine Gueit feeling emotions similar to the ones that Genta experienced that day at the 1993 Baselworld watch fair.

The dial, case and movement are all integrated and there’s a great deal of skeletonisation, allowing you to peer into the heart of the movement while reducing the overall weight of this 40mm timepiece.

The manual-winding Calibre 2947 drives the tourbillion at six o’clock and the 30-minute chronograph at three o’clock. Despite those two power-hungry complications, the watch still has a power reserve of 173 hours.

This 18k pink gold version is limited to 50 units (there’s another stainless steel version too) and is priced at Dhs1.27m ($345,748). It’s a statement piece that makes its presence felt both on your wrist and in your imagination. Genta can rest easy.